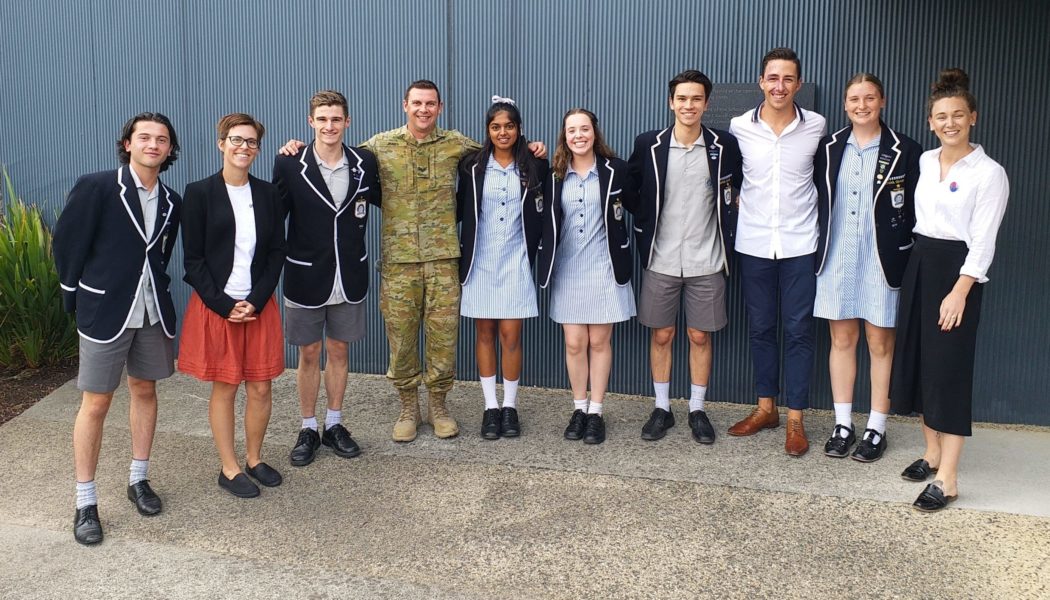 Alumnus Jayde de Bondt has combined her love of people with her passion for sport to forge a rewarding career with North Melbourne Football Club.

Jayde de Bondt (pictured centre) graduated from Caulfield Grammar’s Wheelers Hill Campus in 2010, esteeming herself in her senior years as a leader, sportswoman, and academic. She was Shaw House Vice Co-Captain, a School Committee member, and was awarded the Ashley M L Takacs Prize for English Literature, the Simon Barnet Joel Prize for Service, Citizenship and Leadership, and Double Colours for Athletics.

Following graduation, Jayde’s sights were originally set on a career in reporting the news, but after enrolling in and completing a Bachelor of Communication degree majoring in advertising and journalism at Bond University, she soon realised a life in the media wasn’t for her. After a few years spent working as a marketing manager in the private sector, Jayde secured a role with North Melbourne Football Club (NMFC). As their Corporate Partnerships Coordinator, she was responsible for servicing several key accounts, including the Club’s Platinum Partner Spirit of Tasmania, Premier Partner Canterbury, and Official Partners Powershop, McDonald’s, and Shining Knight. Eighteen months later she commenced her current role as Manager of Diversity and Inclusion with the NMFC, allowing her to combine her interest in sport with her passion for people. 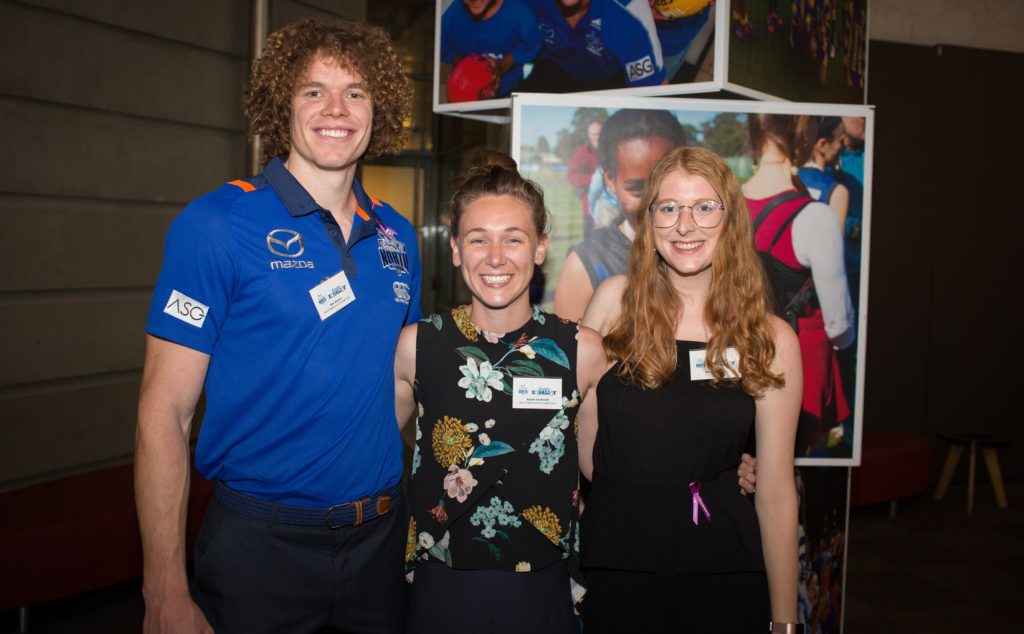 Jayde says she is passionate about harnessing the power of sport to create social, sustainable and economic change to reach and engage vulnerable sections of society. As the club’s Manager of Diversity and Inclusion, she is responsible for supporting the development of safe, welcoming and inclusive environments to strengthen pathways and participation for young women, LGBTQIA+ peoples, culturally and linguistically diverse communities, and Aboriginal and Torres Strait Islander peoples. Her position also supports NMFC’s vision to be the ‘Club of Choice’ by coordinating the development and implementation of strategies, policies and practices that support diversity and inclusion.

Jayde says the best thing about her work is getting to shape the future of Australian Rules Football, contributing to a future that is more reflective of the whole Australian community, one that is culturally, linguistically, religiously, ability and gender diverse. Demonstrating Jayde’s passion and abilities in her new role, she was named LGBTQIA+ Leadership Fellow through the Victorian State Government and Leadership Victoria’s Emerging Leaders Program. In 2019 she was also awarded a prestigious Women Leaders in Sport Grant through Sports Australia.

Reflecting on her student days, Jayde says attending Caulfield Grammar enabled her to pursue a wide range of extra-curricular activities, allowing her to grow personally and academically in a safe and welcoming environment. Her ongoing love of learning and commitment to community service is shown through her current pursuits — Jayde is completing a Graduate Certificate in Development and Humanitarian Action through Deakin University and a Diploma in Leadership and Management at AFL SportsReady. She also holds a number of community advisory roles including Non-Executive Board Director of Flemington (Bendigo) Community Bank, Community Lead of GLOBE Network, Board Member of the Western Regions Junior Football League, and Committee Member of the Melbourne University Women’s Football Club.

Jayde is married to her high school sweetheart James Pipan (they met on the school bus) and likes to spend her spare time staying active and spending time with her family and dog. Aspiring to lead a happy life now and in the future, her advice to her 17-year-old self is ‘be kinder to yourself’.