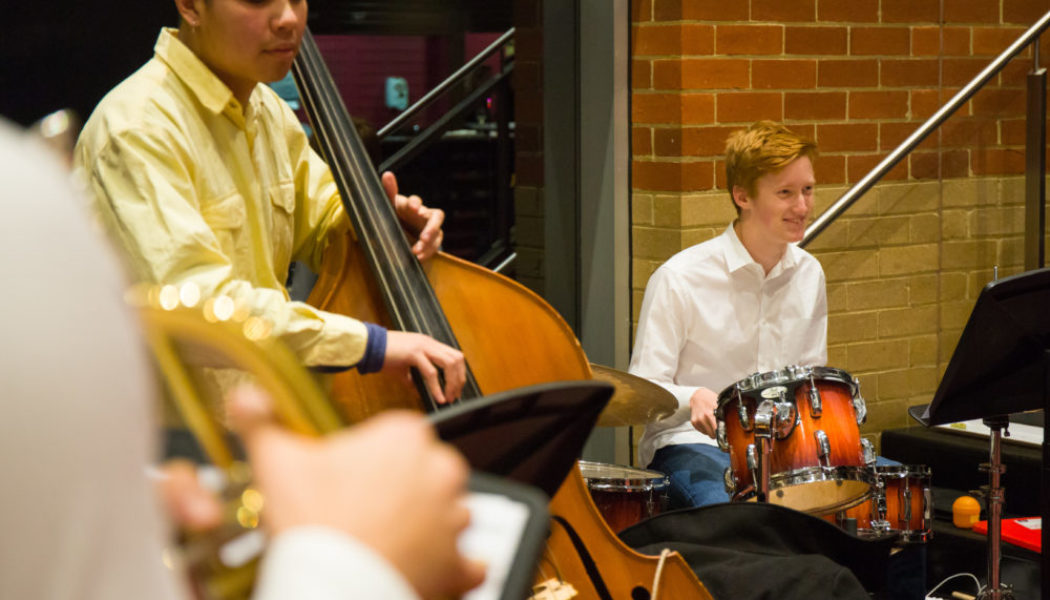 “The Fields” Big Band consists of past music students of the School. The full band, or members of it, perform regularly at CGA reunions and at other school and community events. The Band’s membership is sometimes supplemented by current school musicians. It is jointly led by School Music Department staff members Joe O’Callaghan and Karen Bouyer.

Members of the Big Band entertained guests at a number of CGA class reunions in 2018 and the full band performed at Yarra Campus Open Day in November. Last year the Band also teamed up with the SLAMS Musical Theatre Company to present “Sounds of Swing” at the Knox Community Arts Centre, the show being directed by past students Rob Valk and Marcus Fleming (both Class of 2001). This production later took out Best Musical Direction and Best Production at the Lyrebird Awards (in a field of over 70 productions).

This year members of the Band helped entertain guests at the ‘Fields on the River’ event held in March, to celebrate 60 years of rowing at the School. In addition, with the help of the Music Department staff and Band members student musicians were organised to play at the CGA chapter luncheons held in October 2018 and March 2019, and at the CGA Founder’s Day Dinner in May 2019.