A Medical Start for the Irwin Family 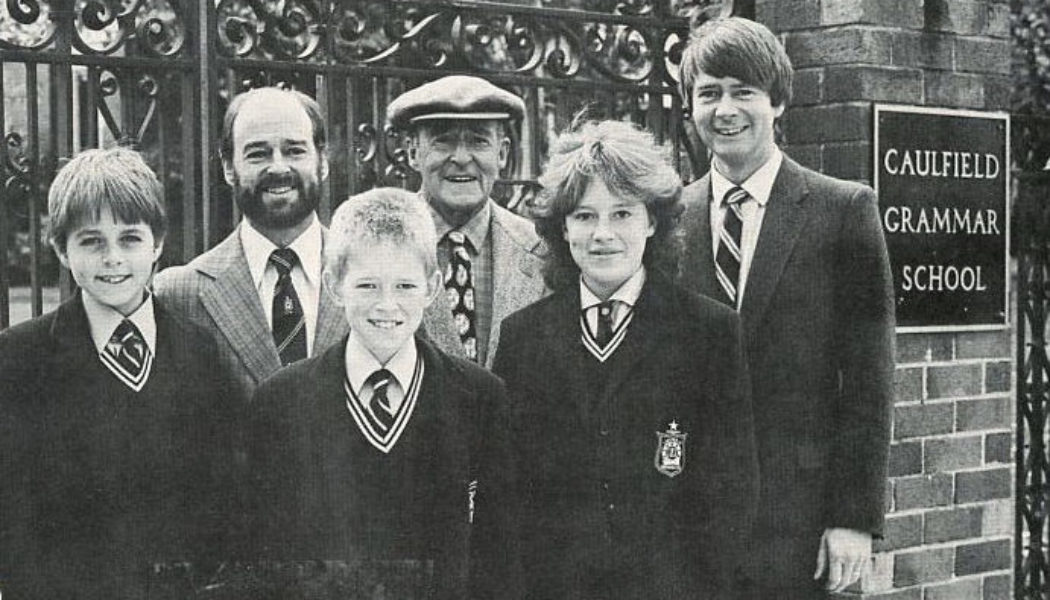 Following the article about the Pyman family in the December 2017 edition of Labora, Keith Irwin (1949-55) provided the following information about the five generations of his family who have attended the School:

In 1882 Dr Anderson Irwin, who had emigrated from Ireland, established his medical practice in Glen Eira Road opposite where the town hall now stands. His residence named Rose Hill was also on the nine-acre property bounded by Glen Eira and Hawthorn Roads. Some years later the land was sub-divided and Rose Hill Avenue came into being. His appointments included Medical Officer and Public Vaccinator for the shire. No doubt a fair proportion of the CGS students of that era would have been his patients.

Michelle Irwin married Simon Howard (1976-88) whose father, David, taught at the Malvern and Caulfield campuses, and whose brother, Mark, also attended the school (1974-86). Michelle and Simon have two sons, Noah and Hunter, who attended kindergarten at Malvern Campus and are now in Years 9 and 8 respectively at the Wheelers Hill Campus.

Interestingly Anderson is the middle name of one of each generation — Frederick, Reade, Keith, David and Noah.