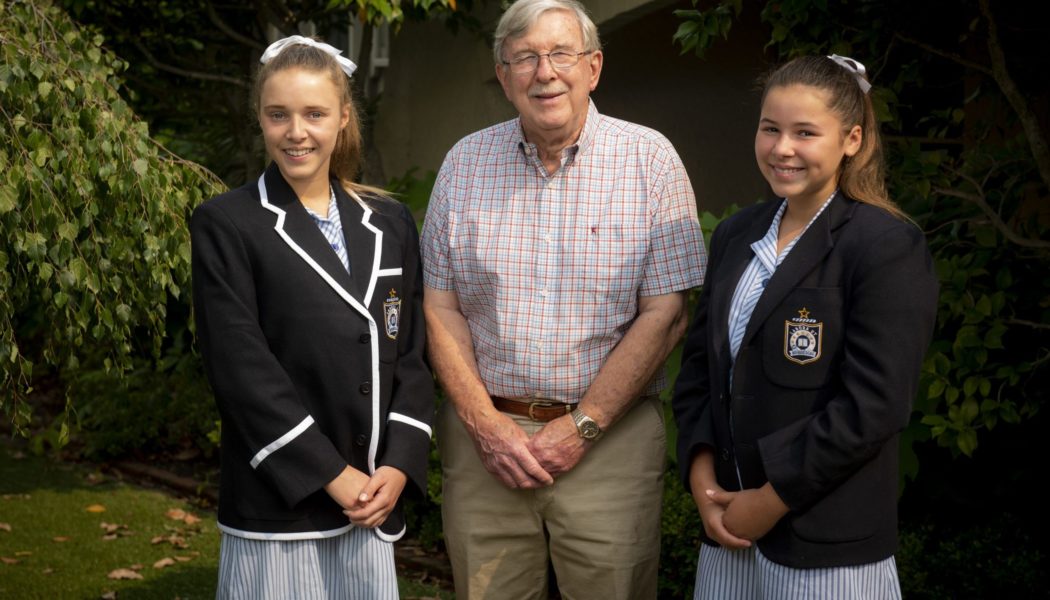 The Crabtree family’s association with Caulfield Grammar School began when Walter Crabtree came to the School in 1930. Wal attended Caulfield State School after his family moved to Elsternwick, showing his football ability by being selected to play for Victoria in the State Schools’ Football Carnival. Moving to Caulfield Grammar in 1930, he was selected to play in the first eighteen at age 14 and kicked 35 goals as a forward in the last three games of the 1931 season.

After leaving school, Wal worked for Brookland’s Accessories for a few years before joining A G Healing, where he was employed for over 30 years, eventually reaching management level. Nevertheless, he continued his involvement in the school community.

Wal played some 300 games for the Caulfield Grammarians’ Football Club (CGFC) in the 1930s and 1940s. He also coached the club to a premiership in 1949 and continued coaching into the early 1950s. Early in his playing career he was invited to train with Melbourne but discontinued the idea of playing VFL football due to work commitments. He remained a great supporter of the CGFC until his death in 2009 and was named assistant coach in the Club’s Team of the Century. 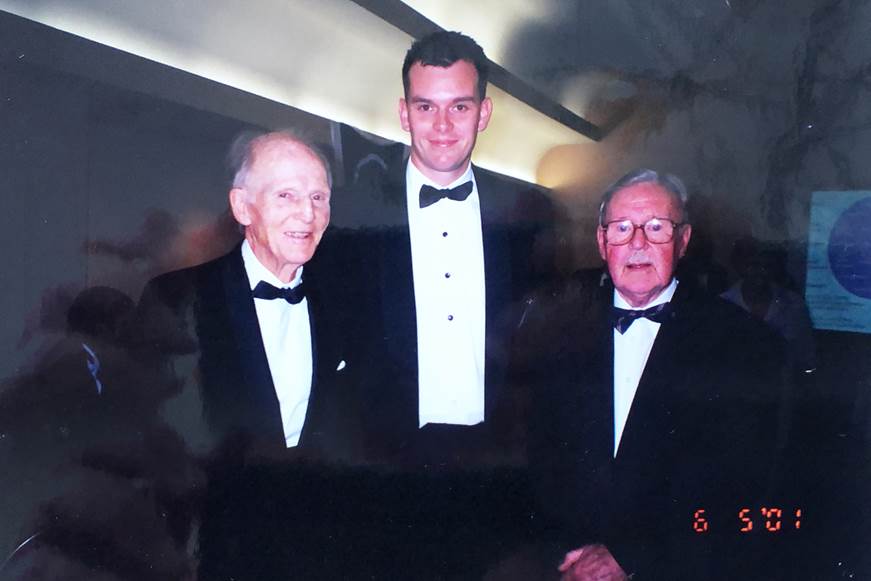 Wal was a member of the CGA Committee during the 1950s and a long-term member of the Caulfield Grammarians’ Masonic Lodge. Following his retirement from work, he volunteered to assist with organisation of the school archives each Friday for many years. He was also instrumental in the development of the CGA’s Buntine Chapter (for past students who attended CGS during the principalship of W M Buntine 1896-1931) as a committee member from its inception and later as its president. In 1993 he was honoured with a Fellowship in recognition of his distinguished service to the CGA and the School for many years. 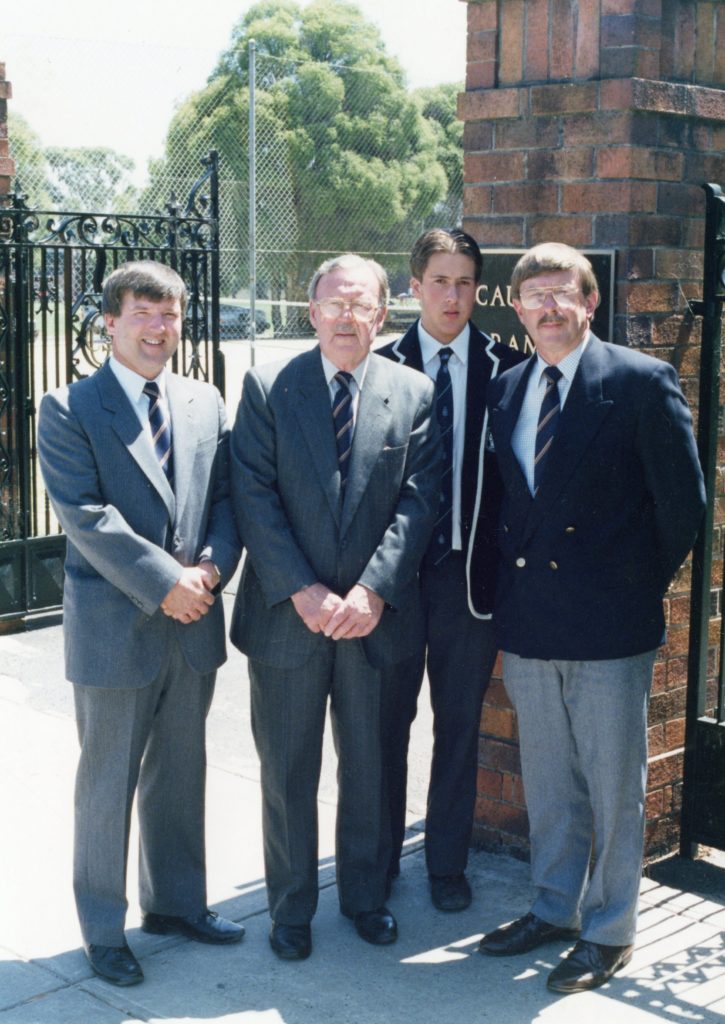 Philip commenced in the kindergarten at St Mary’s Church Hall in 1947 and then went to the Shaw House Primary School when it opened in 1949. In the senior school, Philip was a bowler in the first eleven and played football in the second eighteen. After leaving school (end of 1958), he played cricket for the MCC before joining the Caulfield Grammarians’ team, where he was a successful bowler taking many wickets. He also played for the CGFC.

Philip was employed in the textile industry first with D & W Murray and later for over 30 years with Snow Elliott & Co. until his retirement. He is interested in music and played jazz guitar in a number of groups that were part of the Melbourne Jazz scene in the 1960s and 1970s.

Philip played lawn bowls for the Dendy Park and Bentleigh Bowling Clubs, before joining the MCC Bowling Club seven years ago. He has also been a member of the CGA lawn bowls team for many seasons and now manages the team. 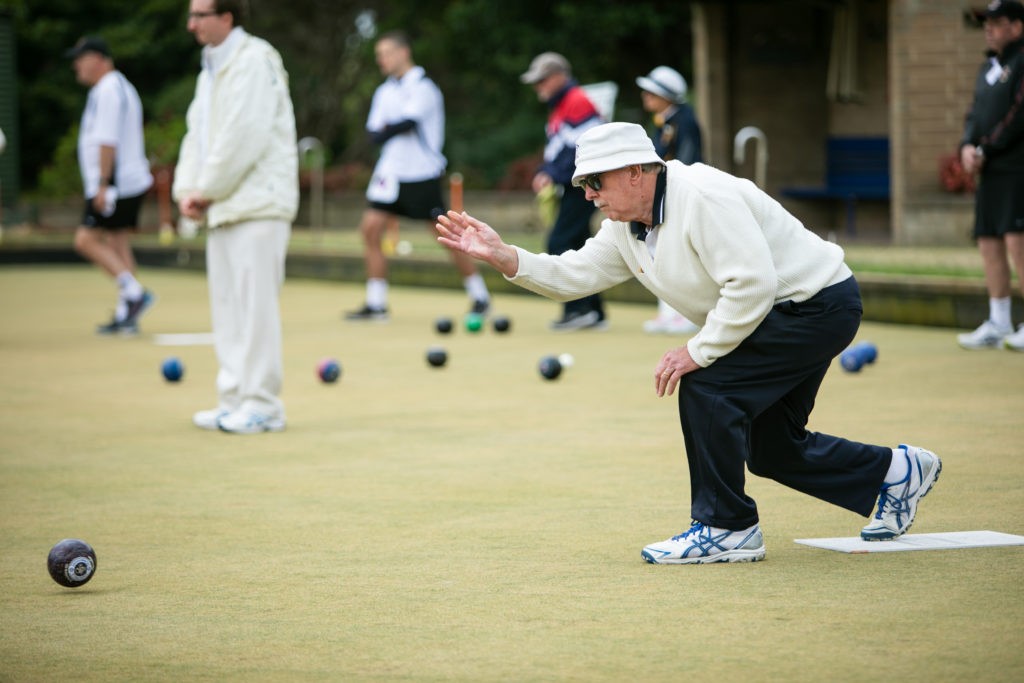 Ross enrolled at Shaw House in 1951 and spent 11 years at CGS. After school, he joined GTV 9 where he progressed to senior cameraman, working on shows such as IMT, the News and many outside sporting events. He then moved to ATV Channel 0 (later Channel 10), where he worked as Bert Newton’s personal cameraman on Good Morning Australia until his retirement. Sadly, Ross passed away in 2018.

Philip’s son, Evan, commenced at Malvern House in 1982 and completed the VCE at Caulfield Campus in 1991. He enjoyed playing sport, being a member of the second eighteen, running in cross country events and also playing tennis. He was also interested in music, playing the saxophone. After school, Evan enrolled at Burnley Horticulture College where he completed a Diploma of Applied Science (Horticulture). For a short time, he ran a local landscaping business before working in the UK for six years. On his return to Australia he completed a Bachelor of Commerce Degree (Marketing). In 2018 Evan and his partner opened a boutique nursery in Glen Huntly Road, Elsternwick, under the name of Crabtree & Weeks.

Philip’s granddaughters, Lauren and Sophie Mandile, are the fourth generation of his family to attend Caulfield. Both are at Caulfield Campus, Lauren commencing in Year 7 in 2017 and Sophie in Year 7 in 2020. Lauren plays violin in the Memorial Orchestra and Chamber Strings, and was a dancer in the school production, Upstage. Sophie is interested in the performing arts, learns the piano and is a member of the Australian Girls’ Choir.