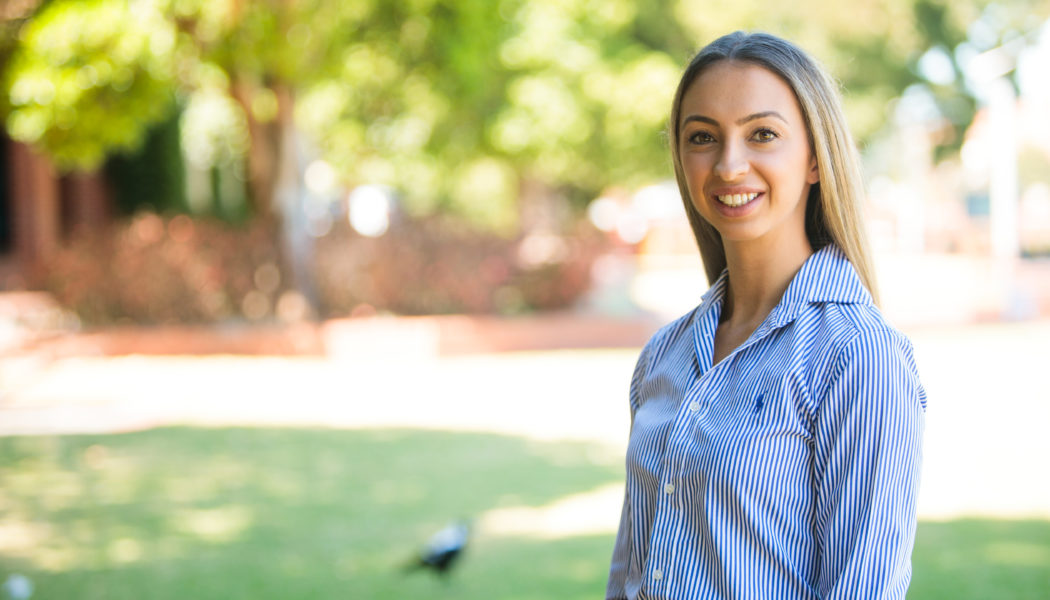 At a special council meeting on 9 November 2016 Jami Klisaris (2008-10) was elected Mayor of the City of Stonnington. At just 24 years of age, Jami was Stonnington’s youngest ever Mayor and the youngest ever female Mayor in Victoria. This follows on from her initial election as Councillor at the age of 20, where she was the the youngest female Councillor elected in the 2012 Victorian Local Government elections.

During her one-year term Cr Klisaris was determined to serve the Stonnington community as its full-time Mayor with a clear vision, enthusiasm and energy. Jami’s aim was to fight inappropriate development, listened to the concerns of residents, achieve better outcomes for Stonnington’s neighbourhoods and amenities, and deliver a significant capital works program. Community health and wellbeing was a key focus for her, as well as providing adequate sports facilities; “women’s sports are important to me and it is crucial to achieve gender equality in that space,” Cr Klisaris said.

Of her time as Mayor of Stonnington Jami said “Our City is forever evolving. We are a community that is intensely proud of its history, fiercely protective of its present and excited for its future. A future that is vibrant. Our community is active, highly intelligent and engaged,” she said.

Jami was the third Caulfield Grammarian to hold the office of Mayor of Stonnington in five years, having taken over from Claude Ullin (1945-54), who served in the role four times. Upon taking-up the role of Mayor, Jami paid tribute to Claude for his 25 years of service on the Council and for being “an amazing mentor to me”.

A proud Caulfield Grammar School alumna, Jami says of her time at Caulfield that “I wish people knew how incredible the teachers are, I’m so thankful for being taught and guided by so many wonderful people”. An active student during her time at school, Jami participated in cross country, cheer squad, ergo, peer support, dance and rowing.

Jami returned to Caulfield Grammar School in March 2018 to participate on a panel as part of the International Women’s Day. Part of her advice to students was to “be confident in yourself, there’s nothing that’s out of your reach if you work hard enough for it and believe in your ability”. In speaking of her motivations for running for council Jami said “justice drives me, I like to see fair outcomes for people”. This too is one of the reasons that Jami wants to become a lawyer, a dream she has had since the age of 14. Such drive is just one of the many things that sets Jami apart.

Best memory of CGS & CGA?
My best memory would have to be making the A final at the Head of School Girls which was a big moment in Caulfield’s history.

What would you tell your 17-year-old self?
Be confident in yourself, there’s nothing that’s out of your reach if you work hard enough for it and believe in your ability.

What do you do for fun?
Drive down to Lorne when I get the chance, go to the beach and travel.

What’s one thing you wish other people knew about Caulfield?
I wish people knew how incredible the teachers are, I’m so thankful for being taught and guided by so many wonderful people throughout my time at CGS.