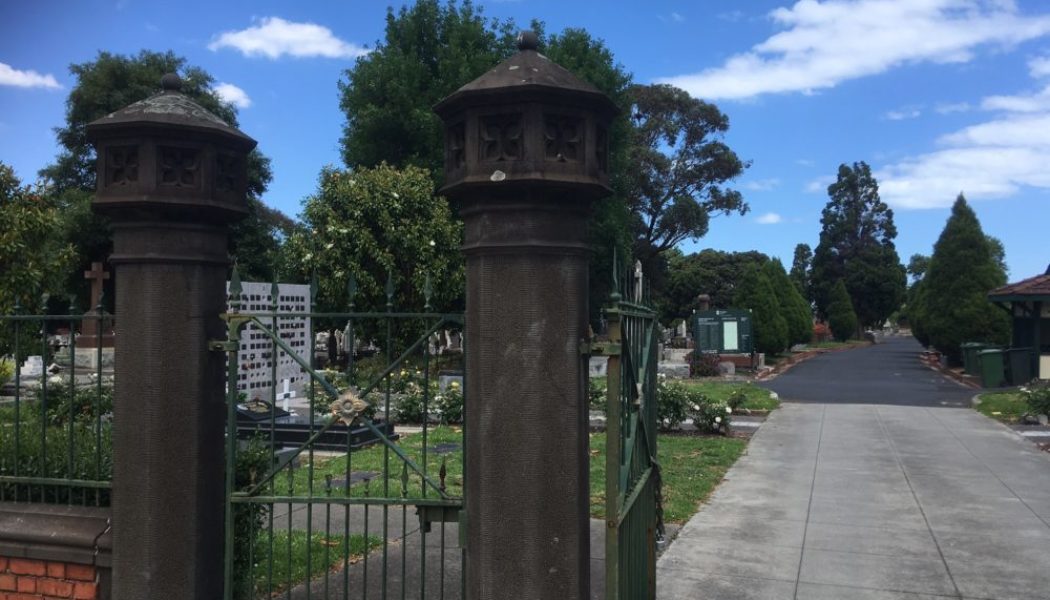 I wonder how many times you’ve driven past the St. Kilda Cemetery on Dandenong Road without realising the significance of this cemetery. For within the grounds are grave-sites of at least two Caulfield Grammarians who died from illness prior to 1918.

The first death of a student at Caulfield was in the headship of Joseph Henry Davies. A boarder in School House, Frederick William Breguet (1883-84) died on the 14thApril 1884 from rheumatic endocarditis. The loss was a sad one and a report in the School Magazine indicates that the whole school walked in a funeral procession to the St Kilda Cemetery singing ‘Nearer My God to Thee…’ and other suitable hymns. The gravestone tribute says, “This stone was erected to the beloved memory of Frederick William Breguet, who died at Caulfield Grammar School April 14th 1884 aged 19. By his parents, friends and schoolfellows. The Blood of Jesus Christ cleanseth us from all sins”.

Nearby is the gravesite for Ernest Messina Morgan (1916-17). Ernest commenced classes with Form IVb in 1917 but had suffered indifferent health for some time. Near the end of Term One he died of a sudden severe illness. His school friends and members of his scout troop gathered at his graveside. Such was the sadness of his sudden death that his parents established The Ernest Morgan Memorial Prize – IVb Form (For Aptitude and Diligence) in 1917. This Prize is still annually awarded at Speech Night to two Year 12 students, as The Ernest Morgan Prize for Aptitude and Diligence.