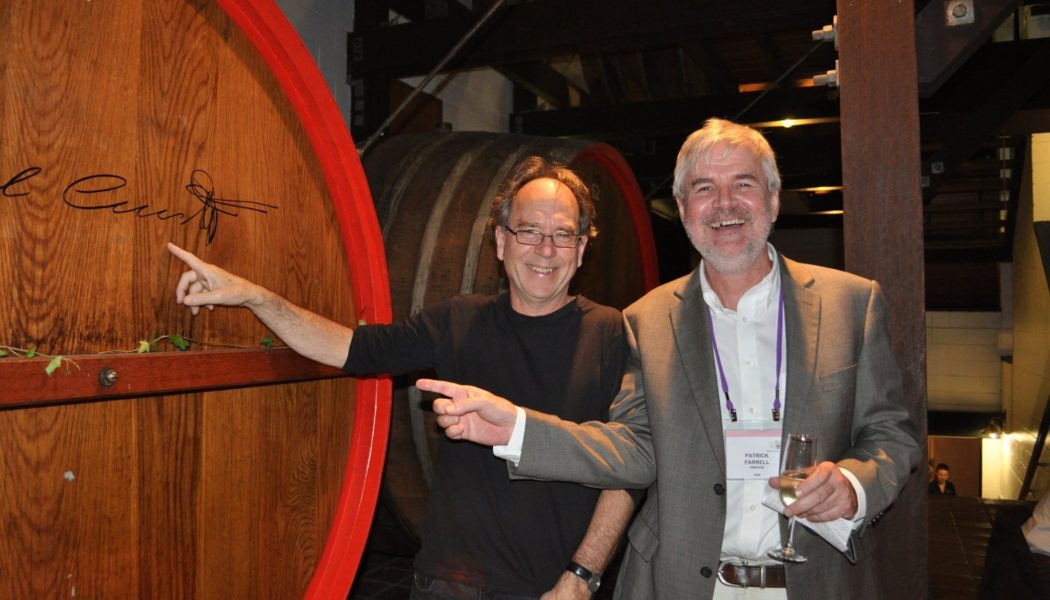 Robert Eyres was born in Deniliquin, NSW, and came to Caulfield Grammar School as a boarder in 1957.  After Caulfield was admitted to the Associated Public Schools (APS) in late 1957, rowing was introduced as a sport at CGS in 1958.  Rob was an enthusiastic participant and was a member of the first eight in both 1960 and 1961.  Caulfield’s firsts rowed in the second division at the Head of the River regatta in 1960 but the following year was the School’s debut in the first division.  After an equipment breakage in the Caulfield boat delayed their heat, the CGS crew, stroked by Rob, managed to dead-heat with Melbourne Grammar, behind eventual champions Wesley.  The next day they finished third in the intermediate final.

Rob was a Boarding House prefect in 1961 and passed the matriculation examination in five subjects at the end of the year.  He proceeded to the University of Melbourne to study medicine and later commenced training in anaesthesia at the Whipps Cross Hospital in London.  In 1974 he was awarded the Fellowship Prize by the Faculty of Anaesthetists of the Royal College of Surgeons after completing the final fellowship examination.

Rob was persuaded to return to Australia in 1975 and took up a post the Royal Children’s Hospital (RCH).  In 1976 he was admitted to the Fellowship of the Faculty of Anaesthetists, Royal College of Surgeons (FFRACS), by examination and soon took charge of cardiac anaesthesia at the RCH.  His work in the Paediatric Intensive Care Unit at the RCH over many years was highly valued as was his research work associated with his special anaesthesia interests in cardiac surgery and catheterisation, and urology.

Later in his career Rob increasingly took on senior executive roles at the RCH, being Director of the Anaesthesia and Pain Management Department from 2000 to 2004.  He continued to provide high quality clinical care and play an important mentor role at the hospital until 2011.  He was also active outside the RCH as a teacher, examiner and journal editor in his specialist field.

His contribution to anaesthesia was widely recognised and in 2017 he was honoured with an RCH Grand Round presentation, at which RCH staff presented key ongoing research and developments that were grounded in the contributions he had made.  This concluded with a standing ovation – a fitting tribute to Rob’s contribution.

Robert Eyres passed away on 15 February this year.  He is survived by wife Olivia, daughters Sophie and Cassie, and sister Margaret.  In a tribute to Rob published earlier this year, Associate Professor George Chalkiadis of the RCH commented that: “Rob inspired a fierce loyalty.  Many will recall his bonhomie, signature RM Williams boots with Cuban heel, his passion for MotoGP, Formula 1, Bathurst, Ducati motorbikes, and his extraordinary palate for, and knowledge of, wine”.

Since leaving school, the members of the 1961 first crew have held a number of reunions, including a 50th anniversary celebration at the CGA’s 1960s reunion dinner in 2011.  Rob enjoyed being involved in these functions.  He will sadly missed by his school friends and his mates in the 1961 first crew.

CGA Update for the Class of 2020 & Young Alumni