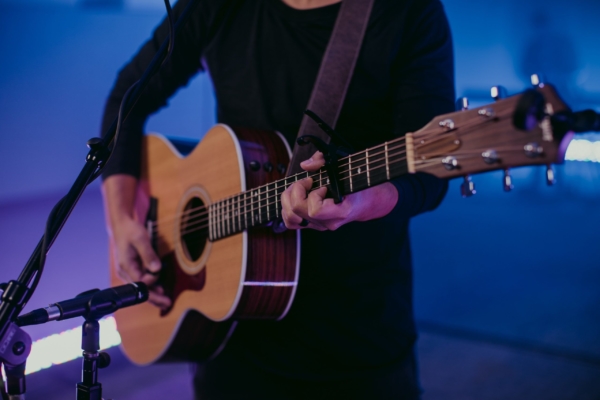 Phil Barton (1984-92) was the winner of the Overseas Recognition Award and co-winner of the Blues & Roots Work of the Year Award at the 2016 APRA Music Awards. While attending the Wheelers Hill Campus from Year 4 to Year 12, Phil was an active member of vocal groups, appeared in many productions and studied music to VCE level. He was music captain in 1992. Phil’s music achievements started at Caulfield when his group First Priority won numerous Battles of the Bands. He is now a very successful international song-writer.

Phil moved to Nashville eight years ago and now writes for the very successful Liz Rose Music/Warner Chappell Company. He had his first Billboard No.1 song in the USA in 2012 with the Lee Brice hit “A Woman Like You”, which was No. 1 for many weeks and went platinum with over 1.8 million downloads. It also won him a precious Nashville Songwriters Association International award for “One of the Ten Songs I Wish I’d Written” that year and he was awarded “Breakthrough Songwriter of the Year” in Nashville’s MusicRow Awards. In May 2016 the song won Phil a Special Achievement Award in recognition of its ongoing national popularity (measured by it having over one million broadcast performances).

Phil Barton has had six top-10 hits to his credit in recent years on the Canadian Country Charts with acts including Chad Brownlee, Tim Hicks, Jojo Mason, High Valley and Doc Walker. He has written for country music superstars such as Sara Evans, David Nail, Dustin Lynch, Cassadee Pope, Jana Kramar, Mickey Guyton, Kristian Bush and Tate Stevens. Phil also had a number of singles released in Australia, these being performed by Reigan, Jai Waetford, Busby Marou, Amber Lawrence, Baylou and The McClymonts. His music has appeared in several full length features including the three times Oscar nominated film “Sicario” (released in 2016) and the popular television show “Nashville”.

Before moving to the USA, Phil was a member of the two-time ARIA Award nominated children’s music band The Flower Pot Gang. He has written and produced 87 music records for the ABC Kids Music label and in 2015 he had the No. 1 Children’s iTunes song in the USA with “When I Grow Up”, recorded by Bobby Bones and The Raging Kidiots. Phil often conducts singing workshops in schools.

So far in his career Phil Barton has had over 800 songs recorded on country, children’s and pop records across the world. He is Music Ambassador for APRA, Australia in Nashville.