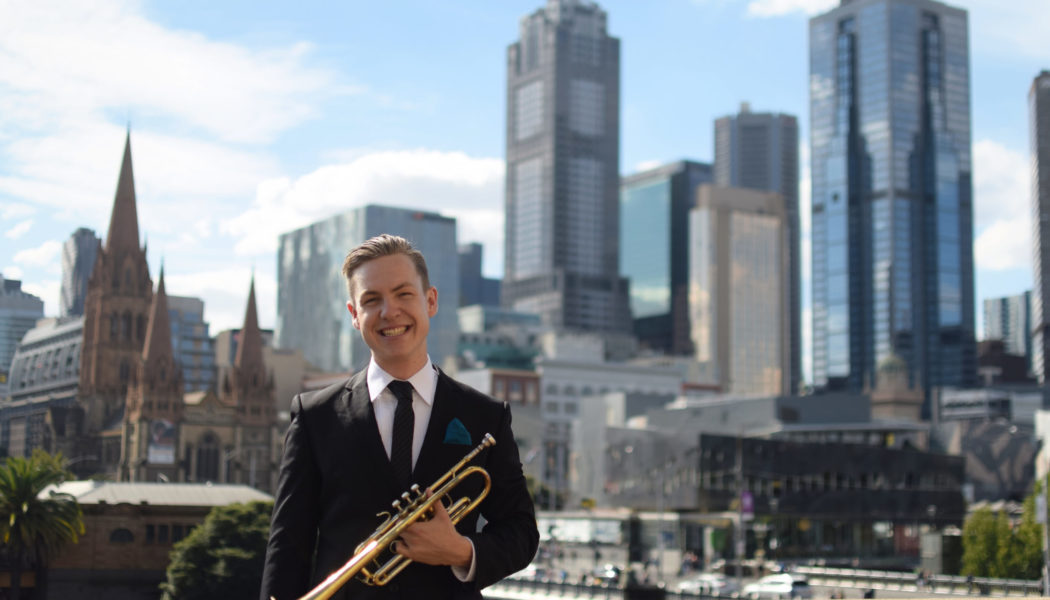 Born in Melbourne in 1993 Oscar Mason took music lessons from an early age in a variety of different instruments including piano, percussion, violin and guitar, before settling on the trumpet at the age of 13. Oscar attended Caulfield Campus from 2007 to 2011 and was involved in a wide variety of school activities. He was a member of the School Committee in his final year and was awarded triple colours for music. At Speech night 2011 he was presented with the School Prize for Music and the Herbert McDonnell Shaw Prize for Service to the School. During his time at Caulfield, Oscar was also awarded a Jazz Improvisation Scholarship which allowed him to explore his love of Jazz Music, whilst still maintaining a strong focus on classical repertoire.

After completing his honours degree in music Oscar set his sights on the US. Late in 2016, he began the arduous task of applying to a number of music schools on the east coast of America. He believes “for a classical trumpeter with a keen focus on Orchestral and Chamber music, the east coast of America is the pinnacle of all places to be. New York City is an unparalleled hive of world-class performance, a city that brings the best from all over the world into its concert halls.”

The application process for the various schools revolved around a number of factors. They were: video and audio recordings of a full solo concerto, an additional solo work, two varying etudes and five varied orchestral excerpts. In addition to this, a short essay was required to let the schools know a little bit more about each applicant, along with three letters of support from various sources.

In February 2017, Oscar was fortunate enough to be invited to audition at all the schools he had applied for; this was a massive reward for the work involved in applying. For the majority of schools, the number of students accepted into their respective Master of Music programs is two or three a year, and Oscar was well aware of just how competitive the auditions would be.

“In a two-and-a-half-week period, I took seven auditions, in five different cities, lugging my suitcase and four different trumpets around wherever I went. Each audition was such an intense experience. The only thing you have to worry about is you and your music, yet almost all of your brain is trying not to think about the other 50 trumpet players and their warm ups happening in the rooms around you. Each one of these auditions has the potential to be life changing, but you can’t afford to think about that at all!”

After finishing his audition circuit Oscar returned home to await news from the various institutions. His heart was set on one particular school, though he wasn’t overly confident, as this school only takes two students each year. Oscar explains “I had heard back from every other school, with excitingly mixed results, bar this one school right up until the day before I had to make a decision. Finally, an email came through and as I began to read it my heart leapt out of my chest and I couldn’t control my emotions. I had been admitted into a Master of Music (Performance) at the Yale School of Music on a full scholarship. With my family around me, this was one of the most special moments in my life, it was pure joy.”

Oscar commenced his Master of Music at Yale in September 2017, studying under the tutelage of legendary trumpet player Allan Dean. Despite his achievements Oscar humbly credits many at Caulfield for helping him to achieve his goals in music: “thanks to Stephen Newton AO, the Caulfield Music Department, Sharon Meehan, David Summerton, Ari Farrar, Joe O’Callaghan, Karen Bouyer, Lachlan Davidson and my mentor and great mate Simon Brown for their unwavering support both during and after my time at Caulfield!”

Although a great lover of solo, chamber and baroque trumpet performance, Oscar’s goal is to become a full time orchestral trumpet player in an orchestra either in Australia or overseas. Oscar was once told by a member of the New York Philharmonic that “orchestral music will not satisfy your long term musical needs”, but Oscar is not convinced. As Oscar continues his journey towards this lifelong dream we know he will meet any challenges he faces head-on and with great enthusiasm.