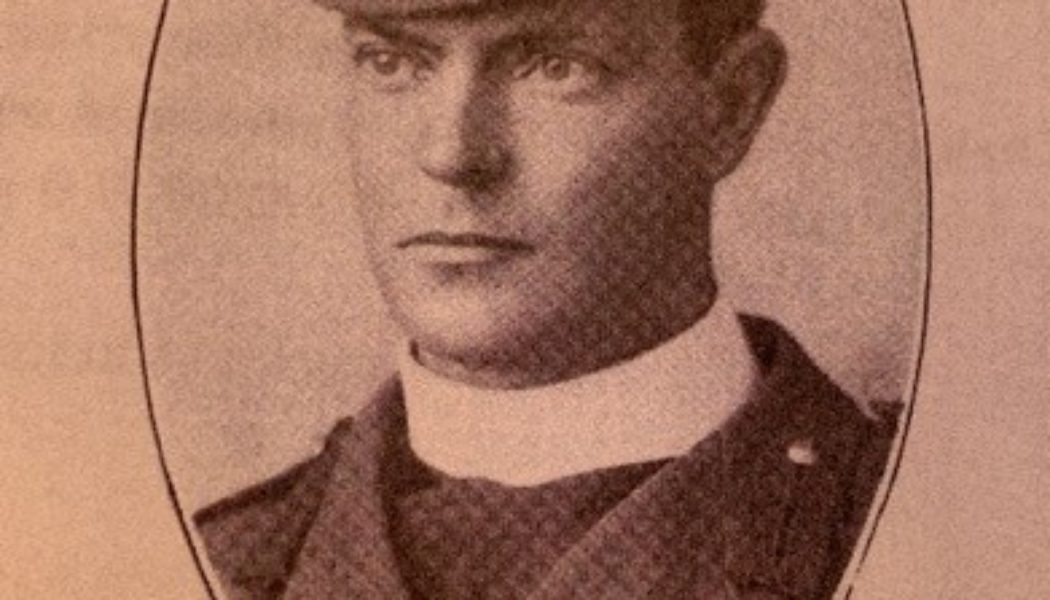 Ormonde Winstanley Birch was born on 14th May 1879 and was enrolled at CGS on 14th July 1896 as student 580, aged 16 years and living at 68 Sutherland Road Armadale.[1] He had previously attended Bendigo High School and his parents were John Edwards Octavius Birch and Clara Mary Cregoe and who had 4 sons and 1 daughter. Although CGS records are not clear as to his year of leaving school, we can assume that at the latest it was 1898, as the 1899 Speech Night program when reporting on the Annual School Athletics Sports stated that in the Old Boys’ Cup in the 1 mile bicycle race, ‘O Birch gained second place.‘

He undertook militia service as a Sergeant (3701) with the 1st Battalion of the Infantry brigade and with a height of 5’6 1/4’’ he enlisted with the 5th Victorian Mounted Rifles (VMR) on 1st February 1901 and embarked from Port Melbourne on the Orient on 15th February 1901 for South Africa. A single man he served as a Sergeant with F Company on the Left Wing of the 5th VMR seeing much action and being awarded the QSA and five clasps. These clasps showed that he served in campaigns in the Cape Colony, Orange Free State, Transvaal, and in other parts of South Africa in both 1901 and 1902. Newspaper accounts showed him returning to Australia for a wedding and the family home where,

‘…the whole house ‘Trevennen’ was decorated with red, white and blue in honour of a double event, the marriage (of his sister) and the return of Mr Ormoned Birch, brother of the bride, from South Africa, where he served with the Victorian Mounted Rifles in the war.’

Upon his return to Australia, Birch was also one of the few returned men to be selected as a member of the Edward VII Coronation Contingent, as British authorities had invited Australia to send a contingent of troops to the Coronation of King Edward VII in Westminster Abbey on 26th June 1902. The Australian Government agreed to send mounted troops chosen from those who had exceptional service in the war in South Africa or were still serving in South Africa. The contingent comprised about 150 men from all states and they departed from Sydney on the passenger ship Rome, on 30th April 1902. Prime Minister, Edmund Barton and his wife were also on board with many other civilian passengers, Some of the Contingent are pictured below in a photo from the Australian War Memorial archives. Note their unique Australian military uniforms and that they are wearing their Boer War decorations and the Coronation Medal.

On his return from this duty Ormonde Winstanley Birch attended St Wilfred’s Theological College in Cressy, Tasmania being appointed a deacon in June 1906 and was ordained as a priest a year later. From 1907 – 1910 he worked at Holy Trinity in Hobart before spending three years in England serving as the acting military chaplain at Aldershot in 1910 – 11. He moved in India in late 1911 as the probationary chaplain to the Bengal Establishment and later served as the Chaplain at the Ecclesiastical Establishment in Dinapur between 1911 and 1914.  He attended what was billed as the greatest event of the British Raj in India, when in December 1911, Ormonde attended the Delhi Durbar of George V who was the only reigning British monarch to do so. Over 50,000 British soldiers took part in the parade and associated festivities.

When the First World War was declared he served with the British Expeditionary Forces as chaplain in Mesopotamia between 1915 and 1918, twice being mentioned in despatches. He was promoted to Chaplain Major and in August 1917 was awarded the Military Cross for ‘untiring devotion to duty.’

At war’s end he returned to Australia and married Amy Frances Shoobridge in Hobart in August 1921. The couple returned to India the following month and he served at Kasauli, Patna, Calcutta, Shillong and Kidderpore between 1921 and 1932. In 1932 Ormonde Winstanley Birch was appointed to St John’s in Calcutta where he served as Archbishop until 1935, before being appointed as the Chaplain at the British Embassy in Madrid in 1936. He returned to Australia and seved the Anglican Church in appointments in Kew, Brisbane, Melbourne, Armadale and Caulfield in the period 1937 – 1946. Elevated as a Venerable Archdeacon, Birch lived out his remaining years in Malvern, passing away there in 1969. [2]

QSA campaign clasps for service in;

Ormonde Birch’s medals (feature image) are held in the Victorian Museum in Melbourne and are as follows from left to right.