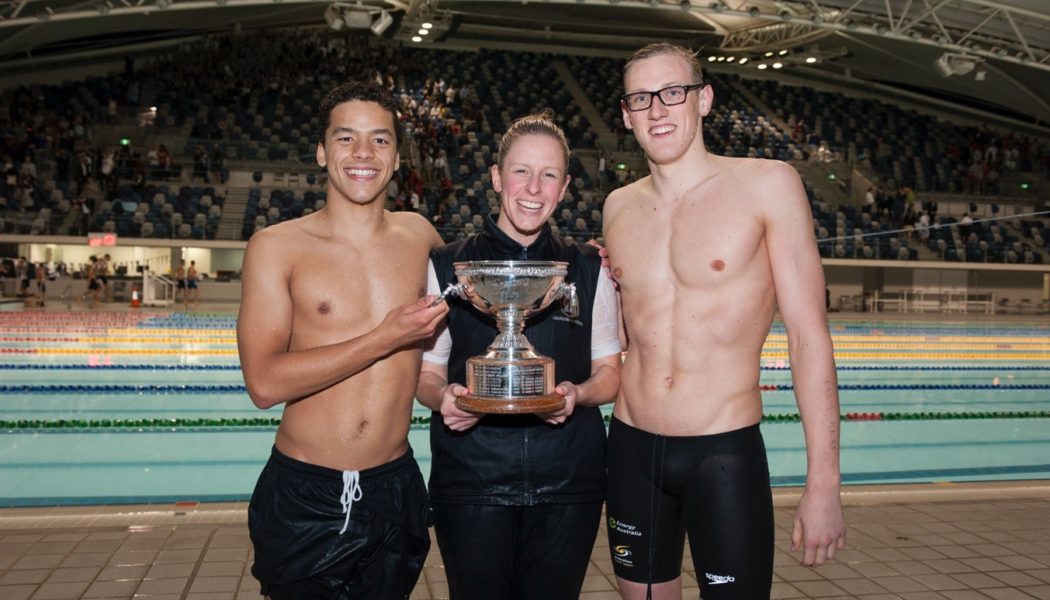 Mack Horton was born on 25 April 1996 and attended Caulfield Grammar from 2000 (Kindergarten at Malvern Campus) to 2014 (Year 12 at Caulfield Campus). He was Co-Captain of Malvern Campus in 2008 and in his final year at Caulfield was Co-Captain of boys’ swimming team that won the APS premiership. He was awarded triple colours for swimming and received the Caulfield Grammarians’ Swimming Club Prize for boys at the 2014 Speech Night.

Mack won five gold medals and a silver medal at the 2013 World Junior Championships in Dubai and then qualified for his first senior Australian team by winning the 1500 metres at the 2014 Australian Swimming Championships and finishing second in the 400 metres, setting two junior world records in the process.

At the 2014 Commonwealth Games in Glasgow, Mack won the silver medal in the 1500 metres in a new junior world record time and narrowly missed the podium in the 400-metre freestyle, finishing in fourth place. He also swam in a heat of the 4 — 200-metre freestyle relay but was replaced in the team for the final, Australia going on to win the gold medal in a new games record time.

In 2016 he became the first Victorian male swimmer and the first Caulfield Grammarian ever to win a gold medal at the Olympics when he took out the 400 metres freestyle on the first night of the swimming program in Rio de Janeiro. Mack also swam in both the heat and final of the 4 x 200 metres freestyle relay, in which Australia finished in fourth position, and placed fifth in the 1500 metres final.

Mack was selected in his second Commonwealth Games team in 2018 and at the recent Games on the Gold Coast, he won the 400 metres freestyle, was second in the 200 metres and third in the 1500 metres.  He was also a member of the winning 4 x 200-metre relay team.