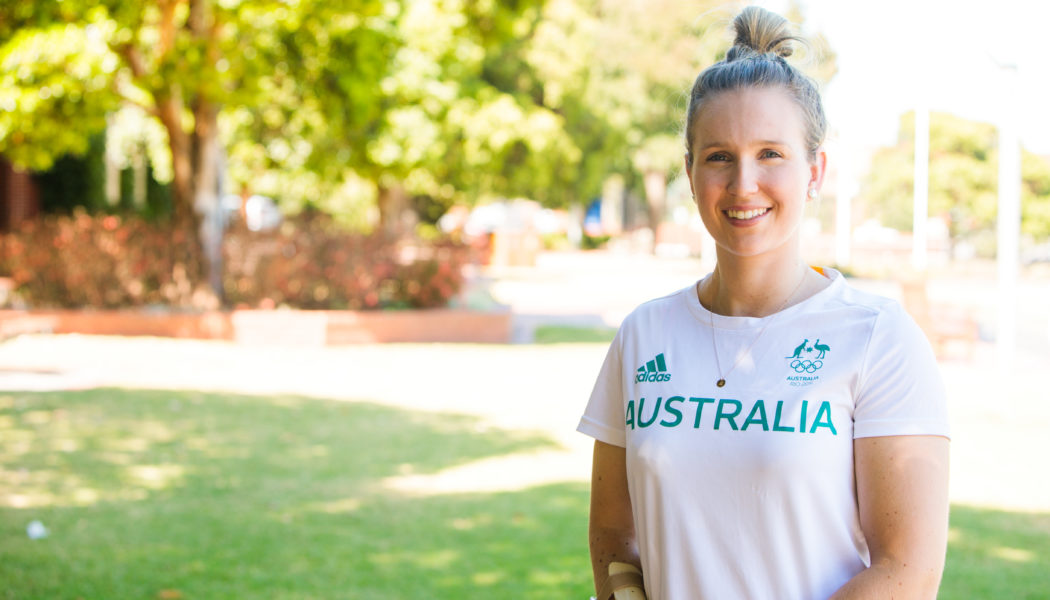 Melissa Tapper attended Caulfield Grammar’s Caulfield Campus from 2005 (Year 10) to 2007 (Year 12).  She is the first athlete to represent Australia at both the Summer Olympic Games and the Summer Paralympics. She has a brachial plexus injury resulting in Erb’s palsy and is a class 10 table tennis player.

Born in Hamilton, Victoria, in 1990, Melissa started playing table tennis in 2002 while still at primary school. Competing initially against able-bodied athletes only, she won a number of medals in national junior championships. She made her first appearance in an Australian National team in 2004 in a competition in Jordan, again competing against able-boded athletes. In 2008 she was the Oceania Under 18 Champion, the Australian Under 21 Champion and competed in the Commonwealth Youth Games in Pune, India. Around 2010 it was suggested that Melissa try Paralympic table tennis. While reluctant at first, having never viewed herself as having a disability, she soon embraced the idea and began training for national selection on the Australian Para-Table Squad. In 2011 she won a number of gold medals, including wins at the Hungarian, Italian and British opens and at the Arafura Games.

Melissa was selected to represent Australia at the 2012 Paralympics in London, where she lost a tight bronze medal play-off to China’s Lei Fan. Two years later she was a member of the Australian team at the 2014 Commonwealth Games in Glasgow. She took part in the mixed doubles and women’s teams events against able-bodies athletes, the women’s team winning a bronze medal.

As the table tennis competition at the 2018 Commonwealth Games on the Gold Coast included both able-bodied and para events, Melissa had an extremely busy Games. She was a member of the women’s table tennis team that was defeated by England in the bronze medal play-off and also competed in the women’s singles, women’s doubles and mixed doubles events against able-bodied athletes. In para competition she won the gold medal in the women’s singles TT6-10 event, defeating Australia’s Andrea McDonnell in the semi-final and Nigeria’s Faith Obazuaye in the final.

Best memory of CGS & CGA?
Year 12 final function and school mates singing hallelujah, it was incredible and emotional at the same time.

What would you tell your 17-year-old self?
Learn to enjoy every moment for what it is. Take it all in, the good and the bad. It all shapes us into the person we are so make sure you are always looking for positive happy moments.

What’s one thing you wish other people knew about Caulfield?
They find ways to bring the best out of their students

What did you want to be when you were growing up?
It began as a Princess, then a painter then an athlete like Cathy Freeman.

What’s your superpower/spirit animal and why?
Bubbles (Power Puff) She is known as the “joy and the laughter” as well as being cute and hardcore. She is kind, shy, and loves animals . She may seem harmless and naive, but when you make her mad, she goes hardcore. I like to think I possess a bit of Bubbles.