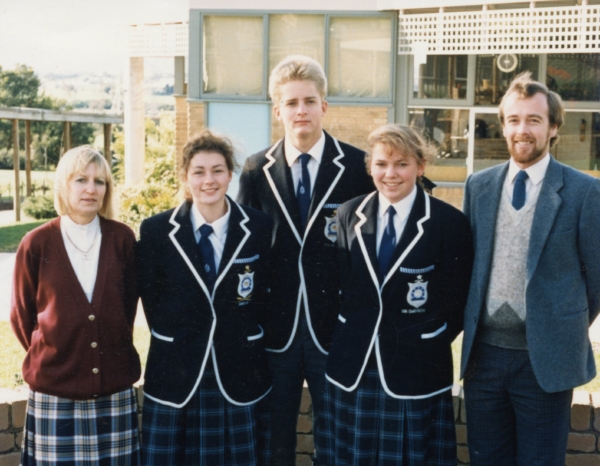 Melinda Honig joined Caulfield Grammar’s School Council in 2018. She is the current General Counsel, Company Secretary and Chief Risk Officer for Australian Unity Limited. Mel was a student at the Wheelers Hill Campus from 1983 to 1988. Her father (Chris) and brother (Charlton) also attended the School and she is a parent of two boys who are enrolled at Caulfield Campus (Tom in Year 12 and Edward in Year 10). 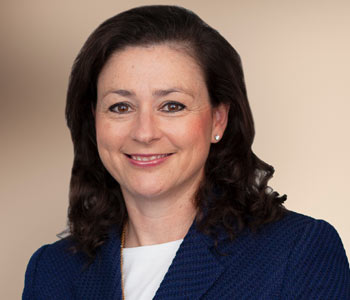 Mel says that she tried as many things as she could while a student at Caulfield, including one memorable house drama experience, where she thinks her stage performance may have cost Wilsmore House some points and reinforced to her that drama was not a natural pathway. (She still grimaces now!) Rowing, debating and music were what she really loved, and the many friendships fostered during schooldays which have stayed with her.

Mel was a member of the School Committee in her final year, represented the School in debating and was Girls’ Captain of Boats. She rowed in the girls’ first four for three years and continued her involvement in the School’s rowing program as a coach for a number of years after leaving school. She was awarded School Colours for rowing and a School Service Award for debating, and received the Ada Coles Prize for Service at the 1988 Speech Night. Mel had previously received prizes for academic excellence and for service in 1986 and 1987. Amongst her responsibilities as a School Committee member in 1988 was to assist in the organisation of the Wheelers Hill Year 12 Formal. 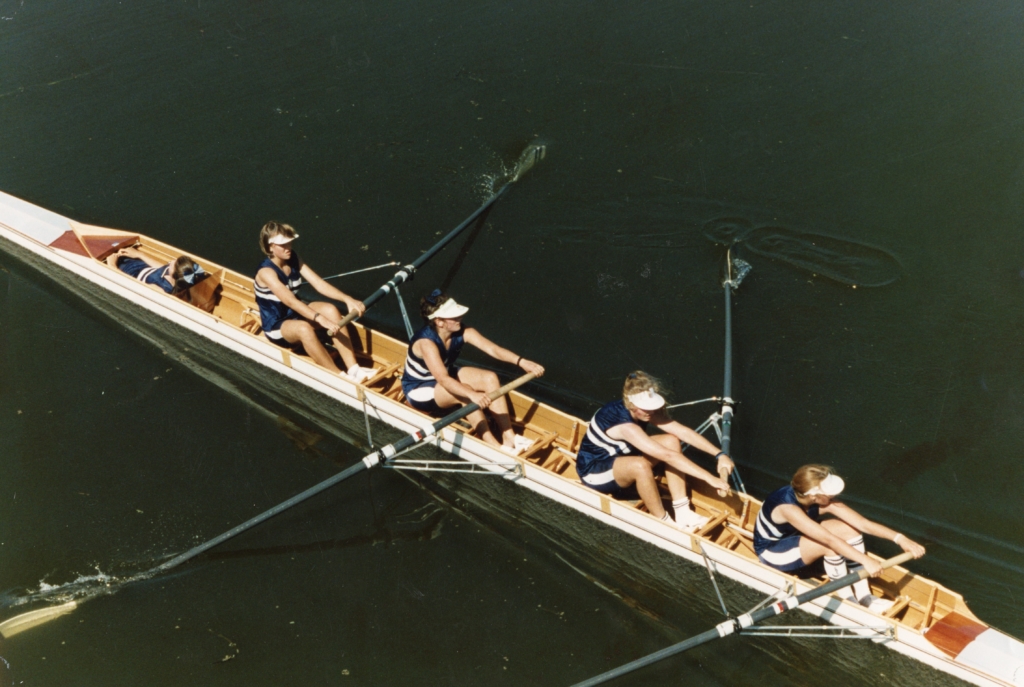 Some of the many great memories from school include firsts rowing on the Barwon River in Geelong, the combined school orchestra and big band performances at Speech Night at the Melbourne Town Hall, being on the School Committee and returning to Caulfield to coach girls’ rowing. She was delighted to send her boys to Caulfield and enjoys watching her father’s face as he shares stories of his days at Caulfield with them.

Mel recalls that she didn’t have a particular profession in mind when she was growing up and she certainly didn’t know what a lawyer did! Her parents ran a successful small business and she was the first person in her family to complete Year 12 and go to university. Mel was interested in the corporate world and wanted a career that would provide her with variety, interaction with other people and be rewarding. She obtained good marks in Year 12, so decided to study law and economics at Monash University because she felt that the two degrees would give her different options and opportunities to enter the workforce.

Prior to working at Australian Unity, Mel worked for General Electric (GE) and KPMG in a variety of senior executive, legal and tax roles. She says that she has taken some risks during her career to build her experience and develop her CV. For example, living in Jakarta and moving to an inhouse role with GE, which meant stepping out of private practice. Maternity leave was very important when she had each of her children – “it was time out of the office and I just focused on the boys; it gave me perspective and reinforced that for me, family was and always would be the priority”.

Both Mel and her husband (Tony Morganti) have chosen to pursue their careers, so they have had to be willing to ask for and accept help and compromise. A dual career household, Mel says, has meant that we needed to synchronise diaries regularly and ensure that we were not travelling at the same time so that one of us was always home with the boys.

A day in the life…

Mel has had both mentors and champions throughout her career:

“I think mentors and champions play distinct roles and both are really important. Mentors can provide guidance and objective advice, whilst champions can remove obstacles and help you to find opportunities.”

A work day for Mel usually involves meetings, phone calls, drafting advice, reviewing documents and thinking about strategy. She and her husband share dinner preparation and then support their boys in various evening activities, including water polo at MSAC and volleyball in Dandenong. She usually catches up on emails in the evening and then does some reading – “a scan of social media and the papers to pick up any stories or news she has missed during the day and then a chapter of a good, pacey crime novel to switch off before sleep”.

Mel enjoys the variety of her work and the challenges that it brings. She believes that continuous learning is very important and the diversity of her role means that she learns something new every day. Dealing with inefficient processes is her least favourite aspect of the work.

Away from work Mel enjoys cold water swimming over the summer at Inverloch with friends and neighbours…it took her a while to get used to the cold water and build up some swimming fitness and to call it  “fun”, but now she’s addicted! Otherwise, she loves travelling with her family, staying fit and pottering around the garden. She can’t wait to start travelling again and has a long list of places that she would like to visit.

If Mel was able to give some advice to her 17-year-old self she would say: “Be brave and back yourself.” She says she is inspired by ordinary people doing extraordinary things such as Rosie Batty and the Clarke family (their daughter Hannah and three grandchildren were murdered by Rowan Baxter), who are campaigning to raise awareness and accountability for family violence.

In answer to the question: “What’s one thing you wish other people knew about Caulfield?”, Mel writes:

You can be what and who you want to be; ATAR scores, APS sports achievements and gifted stage performances are fantastic, but at Caulfield what it comes down to is pursuing your goals and giving your best and everyone encourages and respects you for doing exactly that. Personally, I would also observe that the school provides the opportunity to be involved for the rest of your life if you so choose. It is warm and inclusive and as an adult, I feel the draw very strongly.

In addition to plenty of travel, Mel hopes that the next five to ten years brings a further broadening of her career beyond her current executive role. We hope that she continues to enjoy her career, her family and her ties with Caulfield Grammar School.