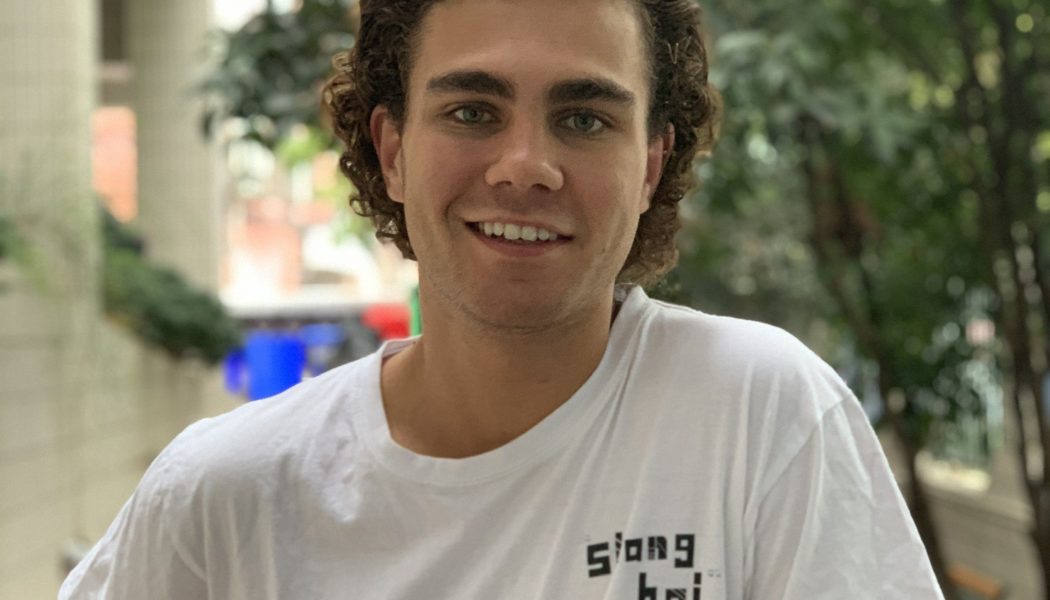 Luke Egan commenced his schooling at Caulfield Grammar in 2011 as a Year 5 student at Malvern Campus. He moved to Caulfield Campus in Year 7 and completed his VCE studies in 2018.

Luke enjoyed being a student at Caulfield, a major highlight for him being his visit to our Nanjing Campus in China in Year 9. Luke says that being from an Aboriginal background, he has a strong interest in the diverse cultures across the world, and the opportunity to travel to China on his first overseas trip was something that he valued greatly and really benefitted from. It also influenced him to apply for a traineeship at the Nanjing Campus post-Year 12.

At school, Luke was involved in a wide variety of activities and received a number of awards for his academic and sporting achievements, and for his service to the school community. He made his debut in the first eleven cricket team in Year 9 and was team captain in his final year. He also played football in the first eighteen in Years 11 and 12 and was a member of the School Committee in Year 12. At Speech Night 2018 he received the Jim Pyman Award for Leadership and Determination in the First XI. Luke says that his proudest achievement at school was being involved in the design and development of the first ever Indigenous guernsey worn by the first eighteen in 2018.

Luke believes that he owes the Caulfield Grammar school community a great deal for helping him to achieve what he did at school because it fostered an environment where every student could strive to achieve their best. His says that he is grateful for the many opportunities the School provided him, something that really struck home when he was lucky enough to represent Victoria and Australia in the Under 16 Indigenous football team. He found that many of his teammates were struggling academically and this has made him determined to use the opportunities that he has been given to benefit his Indigenous brothers and sisters.

During 2019 Luke worked as a trainee at our Nanjing Campus. He really enjoyed working with the Year 9 students who visit the Campus, sharing his experiences of China and helping them on their field trips both in Nanjing and elsewhere in China, where they learn about the country’s history and its diverse culture. He says that he seeing the Year 9s breaking down barriers with the local community is what the real China is all about. Luke adds that, being part of the school community as staff member rather than a student has given him a new perspective on education.

Luke travelled extensively before returning to Melbourne in early 2020. He visited the yellow mountains and Xi’an in China, Europe, Vietnam and back-packed through South America.

This year Luke Egan began his studies in medicine at Monash University. His desire to help local Indigenous people is one reason why he has chosen to pursue a medical career. He hopes to eventually specialise as either an orthopaedic surgeon or a trauma surgeon. Luke says that while he will continue to play sport his studies now take precedence over any dreams he once had about playing cricket or football at the highest level. He looks forward to playing football for the Caulfield Grammarians and will consider joining his older brother Damon in club cricket.