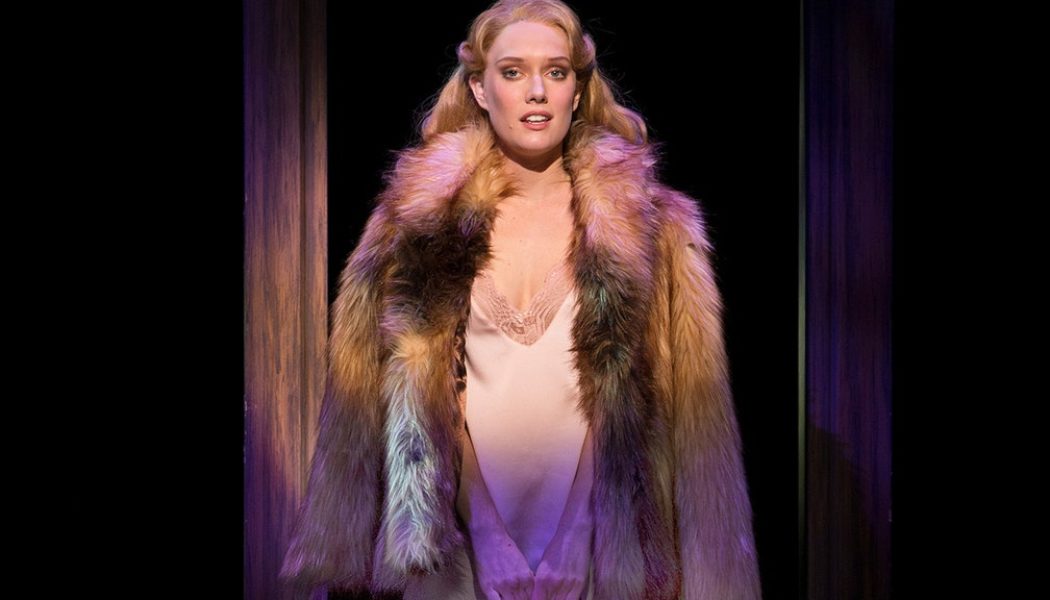 Just days before Alexis (Lexie) Van Maanen (2017) walked through the gates of Caulfield Grammar School for the last time she received a call that would change her life. Lexie had been cast in her first ever professional role as the Mistress in Opera Australia’s 40th Anniversary production of Evita, Andrew Lloyd Webber’s iconic musical.

She was stunned to learn that not only had she landed a role of her dreams but that she would be performing at the Sydney Opera House alongside her idol, Tina Arena. From a young age, Lexie had watched Tina on TV and followed her career so it was quite overwhelming to walk into the first day of rehersals.

Despite her trepidation, Lexie found the cast very welcoming and willing to take her under their wing. The production became a great environment to build on her knowledge and experience as a performer and also learn more about the industry. Regardless of the repetitive nature of performing, Lexie was able to create new moments with the people she was on stage with every show.

Although her character, The Mistress, is a smaller role in the musical, she plays a crucial part. The Mistress’ interactions with the lead, Eva Peron, provide the audience crucial insights into Eva’s true character. Lexie’s solo ‘Another Suitcase in another Hall’ is one of the most iconic tunes in Evita; she had to work extra hard to do the original proud.

Hard work is something that Lexie is no stranger to; she spent her formative years developing her craft. She discovered a passion for singing at a young age when she joined the Australian Girls Choir, with which she went on two international tours. In 2010 Lexie was also involved in Opera Australia’s La Boheme as part of the children’s chorus.

During Lexie’s six years at Caulfield Grammar School, where she was a Vocal Scholar, she participated in countless choir performances, concerts and stage productions. In 2017 she was awarded triple colours for theatre and triple colours for service to theatre. Lexie trained in musical theatre, dance and voice at Centrestate Performing Arts School and took private vocal coaching from Angela Wasley. Lexie also found time to learn how to play the piano and guitar, and write her own music.

Lexie’s love of the stage means that putting the hours of practice in is not a chore but a joy. She is one of those lucky people who has found something that she is not only good at, but that she loves to do.

For Lexie it is not just about who she is on stage though. Equally as important is who she is offstage. A perfect example of this is the charity work she has been doing recently with Followings Foundation. Followings seeks to support communities through self-sustaining local enterprise. After raising more than $6000, Lexie travelled to Busubi in rural Uganda to volunteer and assist locals in creating opportunities for income and education.

In addition to being a humans rights activist, Lexie also cares about animal rights and is an avid vegan. She believes it is important for people to learn about where their food comes from and make an informed decision. Her own love of reading led her to do a lot of research on the topic and eventually change her lifestyle.

In her downtime Lexie enjoys opshopping, going to the beach, having brunch and listening to Triple J. Recently she has taken several gigs performing the Australian National Anthem, including at the State of Origin and the 2019 Women’s Australian Open Final. Lexie is not quite sure what the future holds for her but with this kind of start to her career it is sure to be something incredible.