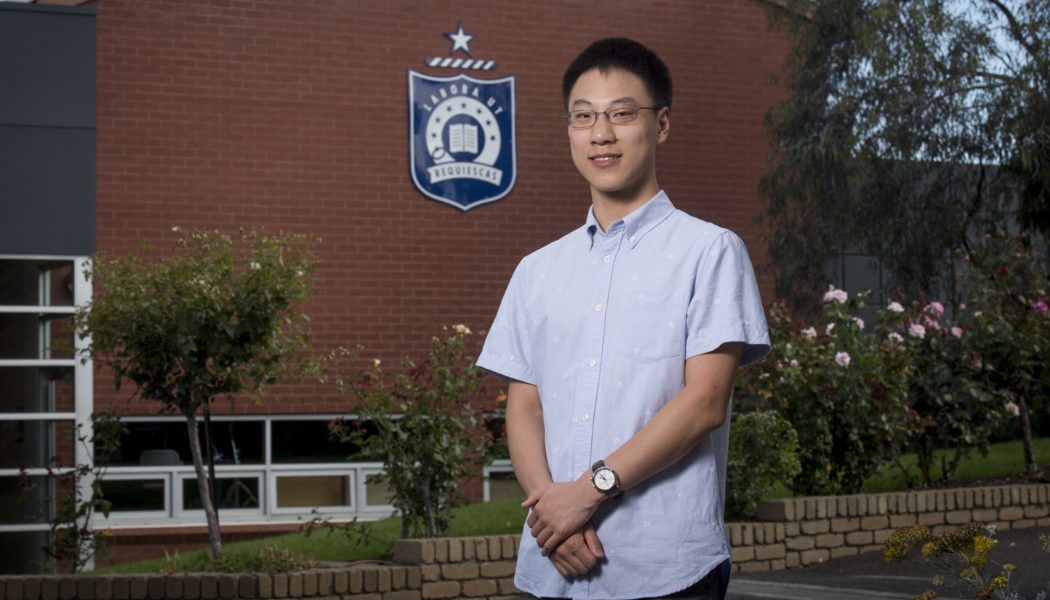 In June 2019 Jerry Mao received the Victorian Premier’s Top All-Round VCE High Achiever award which was the culmination of his time at Caulfield Grammar School.

This achievement, one that only a handful of students in the state attain, led Jerry to reflect on his time at school, and all those behind the scenes on his journey who helped him to where he is today.

“It’s a testament to the tremendous support that I have had throughout my schooling career, from my parents, my teachers and mentors, from Caulfield,” Jerry said

He’s currently studying a Bachelor of Science at the University of Melbourne, with a focus on discovering more about emerging technology in the fields of quantum computing and artificial intelligence.

Excitingly, Jerry has just accepted a place at the Massachusetts Institute of Technology, in the United States. While his passion and abilities have taken him to one of the world’s most prestigious education institutions, his journey started at home in Melbourne.

Jerry joined the Wheelers Hill Campus of Caulfield Grammar in Year 1, and still remembers being exposed to computer science by his teacher, Dr Williams. By Year 4, Jerry was being mentored by the Head of Senior Mathematics!

Armed with a thirst for knowledge, the support of the campus Head of Teaching and Learning, Janine Evans, and his own personalised curriculum, Jerry Mao was able to excel at school.

With incredible grades, Jerry could have left for university in Year 8, but decided he wanted to stay part of the Caulfield Grammar community, with his friends.

“I greatly appreciate all that the school has offered me, not only academically, but also in providing me with a rich and nurturing community in which to thrive and grow,” Jerry said.

Wanting to give back, and share his passion for mathematics, Jerry founded a lunchtime maths club. Students from across the years, and with varying abilities, were able to come along to share in Jerry’s passion, take part in fun maths activities and hopefully come to see maths as something to enjoy rather than just another academic subject.

As his time at school came to a close, Jerry achieved an ATAR of 99.95, putting him in the top 0.05% of Victorian students, and at the top of Caulfield Grammar’s 421 member Class of 2018. Fellow Wheelers Hill student Emmy Sawires also achieved 99.95, making the pair the school’s duces.

Even after graduating, Jerry has continued his quest to share his passion for mathematics, spending time helping to train Australian students in informatics and preparing them for the Olympiad on the world stage.

“I am glad to see the Caulfield Grammar Maths Club continue as a form of student tradition and to hear that it will continue to be run for the coming years,” Jerry said.

With his VCE behind him, and his Premier’s award in hand, Jerry Mao is looking forward to a bright future of new opportunities and new discoveries in America and wherever his career might take him. A future Caulfield Grammar School, and all the staff at Wheelers Hill Campus, are proud to have been part of.