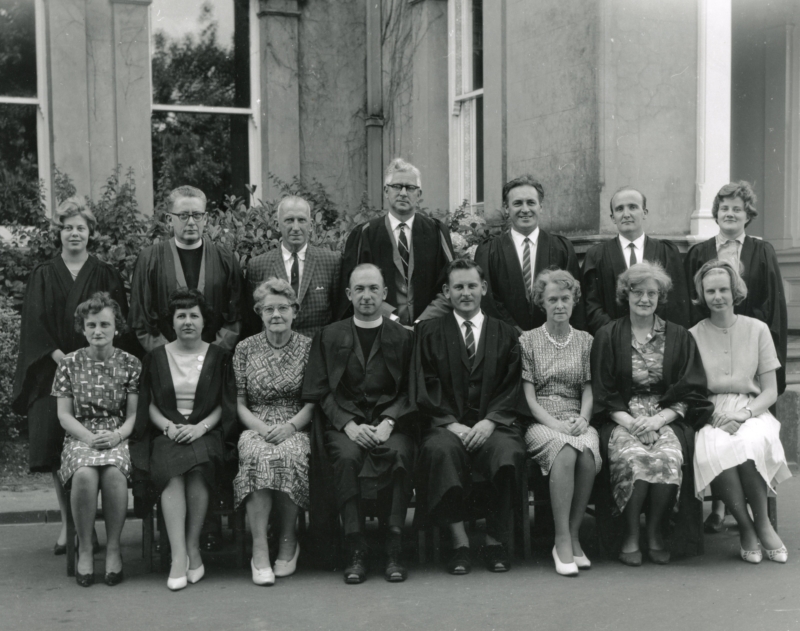 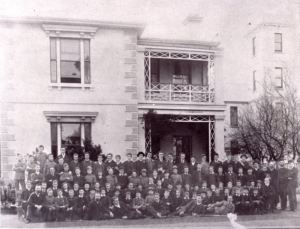 Caulfield Grammar School in 1895
The power of a photograph as evidence is crucial in looking back and understanding school life. How lucky we are to have this 1895 photograph taken in front of the school building, ‘Halstead’, showing around 88 students dressed in school or cadet uniforms. At either end are the teaching staff with Headmaster, Rev E J Barnett seen on the far-right hand side wearing an academic gown and square academic or graduate cap or mortarboard.

A report printed in The Argus newspapers on 21 December 1895 outlines that the Headmaster, Rev E J Barnett, M.A reported at Speech Day on the regular attendance of 28 boarders and 88 students and that the work of the year had been steady and progressive. Botany was added as a class subject for those who wished to specialize in science. 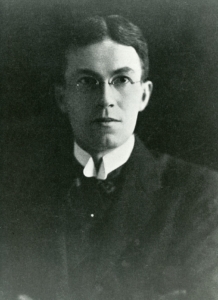 The Dux of the School was John Clifford Valentine Behan, (Later Sir John Behan KBE), the ninth son of William and Phoebe Behan who had received an offer of a half scholarship and commenced in 1894 in Form 4A. By Speech Day 1895 John was announced as Dux, having caught up with the senior work and passed matriculation along with them. He returned in 1896 to do honours work in English and history. In 1897 John entered Trinity College of the University of Melbourne and studied Law. In 1904 he was named the first Rhodes Scholar from the State of Victoria and spent several years studying at Oxford University. Sir John Behan worked as an Australian educationalist and lawyer, as second Warden of Trinity College and served on the Council of Caulfield Grammar School from 1931-38 with many other achievements, too numerous, to outline in this article.

National Heritage Month is growing in popularity every year and encourages families, children, and young people to get actively engaged in their genealogy, family history, and local heritage. Why not identify a project such as writing your memories or tacking old photo albums and removing photos from the old adhesive peel back pages before the glue damages the back of photos!

Archives Office and Services:
Thanks to everyone who emailed the names of students shown in last month’s photograph of students cheering for Wilsmore House in 1995.  See last month’s report here. If you have any memories to share, questions, reference enquiries or offers of donations of memorabilia, phone (03) 9524 6249 and leave a message or email, [email protected].