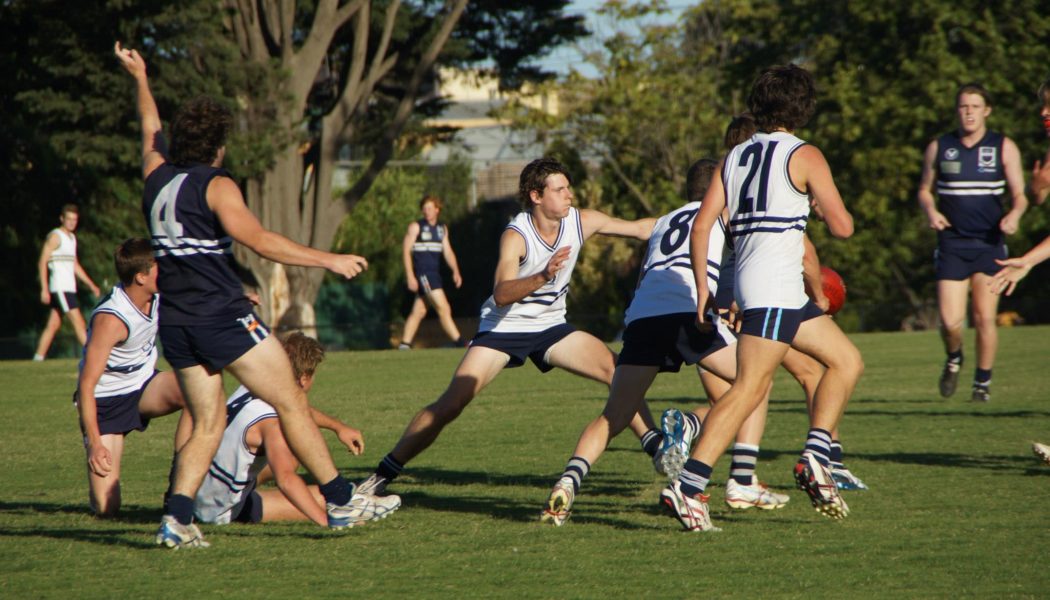 Season 2018 will provide the opportunity for over 200 players to represent the Caulfield Grammarians’ Football Club and affiliated netball club in various competitions around metropolitan Melbourne.

After two years of hard work, the effort paid off last September when the senior men’s team won promotion to Premier B Grade in the VAFA. This represents an exciting chance for us to showcase to the competition our collective talents. We are also fielding senior men’s seconds and thirds teams, two women’s teams (Premier Section), an Under 19 team (also in Premier Section) and four netball teams in various metropolitan competitions. To have this many teams on the field each weekend is an outstanding effort from all associated with the Club, which shows the strength of the playing group and of the Club’s supporters, sponsors and members.

I would ask that you take the chance to view our website www.cgfc.com.au, which contains all the information you need to follow what is happening at CGFC. It showcases who our wonderful sponsors are, the events coming up, how to book, merchandise, new membership and player sponsor forms, history of the Club and through the season, results of all teams.

For season 2018, we have adopted a Set of Values which will guide us through this year and beyond. These are:
– Being SUPPORTIVE to our friends, team mates, coaches and family.
– Being RESPECTFUL to those around us and treat them as you would want to be treated.
– Being SELFLESS in how we act and celebrate other’s success.
– Being INCLUSIVE in what we do and how we behave.
– Being RELENTLESS in our pursuit to be the best we can be.

Throughout the last two years we have worked hard to further develop our relationship with the School, through the Kellaway Club and the School football program. This year will see increased connection and sharing of information between us, so that for our young men and women there will be a clear path for their football and netball post-school. Some of the shared activities will include teams training at the same ground to enhance connection, senior players assisting where appropriate, the ASH Cup (School First Eighteen versus Under 19 CGFC) at Glenhuntly Oval in March, and School girls’ matches being played before our senior women’s on Saturdays.

During the off season, our recruiting team worked hard to attract many new faces to the Club, and the first game teams and debutants were showcased at our season launch on 5 April at Glenhuntly Oval. This was a great night at our home, which kicked-off the season in style!

We have also added to our coaching panel under the guidance of head coach, Simon Williams. Now in his third year, Simon has been instrumental in creating the positive environment we now have throughout the Club through his passion for the game and having a strong team of assistant coaches behind him. Similarly, Guy Nelson, who is in charge of the women’s program, has developed such a positive culture that we have attracted many more players and our aim of fielding two women’s teams has now become a reality.

This gives me the confidence that as President, together we can take this Club from GOOD to GREAT. But we need you to get on board, so buy a membership and be part of CGFC.
Look forward to seeing you at the game!