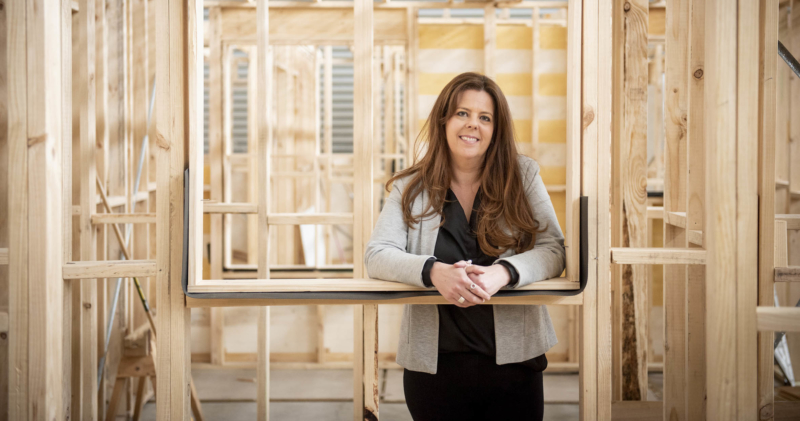 Since graduating from Wheelers Hill Campus in 1989, Fleur Goulding has gone on to be an advocate for education. Currently working for Holmesglen Institute leading its policy, governance and strategy work, she gets to witness how education empowers at any stage of life.

In 1981 when the Wheelers Hill campus first opened (and the ovals were more akin to cow paddocks) Fleur was one of its foundation students. She found her experience there to be deeply special, being part of a new pioneering generation of students with a sense of comradery. She felt surrounded by a family, aided by time spent with her peers on buses for cross-campus teams and musical ensembles, and her teachers (such as Dan Hartley), who championed a new way and ensured they were part of something bigger. Looking back, it is this latter ideal that Fleur found most impactful about Caulfield Grammar School, going beyond ATARs, facilities, sporting premierships and high achievers.

Significantly, Fleur’s best memories of school are still her current reality. Her high school friends, some 40 years on, are still making her laugh, supporting her and helping her get up to (and out of) mischief.

After graduation, Fleur completed a Bachelor of Education and qualified as a secondary teacher in psychology and history. She later returned to study to complete a Master of Education in adult education.

Originally Fleur wanted to be a vet, but a career-profiling tool from Year 12 revealed she was most suited to being a ventriloquist, which she found quite specific!

Fleur had a short teaching career, and a small stint in local government, before moving to Holmesglen. She initially started as a curriculum developer but now holds the role of Executive Officer, having progressed through about ten different roles over the years. At one stage, Fleur was even able to lead the development of the volunteer training program for the 2006 Commonwealth Games in Melbourne. She is proud that the Institute has grown over the 25 years she has been there: it now delivers degrees, has a senior-secondary college and has the most international learners across the TAFE sector in Victoria.

It is the transformative power of education and the ambition of working towards a dream that Fleur also gets to see daily, making her days wonderfully diverse. Fleur loves graduation day, when she has the honour of being the mace bearer. She gets to see the pride in the faces of graduates, many of whom are first in their family to achieve a tertiary qualification or have families of their own to support. Fleur has been inspired by many students, such as an international learner speaking as a student representative in a Council meeting, having rarely spoken English before commencing at the Institute.

Fleur also admires the passionate secondary school students who are so committed to a vocational goal that they enter the Institute’s Vocational College to complete their secondary schooling. She hopes that one day all qualifications, no matter whether vocational, practical, applied or more scholarly, will be valued equally for their positive impact on our economy and society.

Outside of work, Fleur enjoys coming home to a house full of love, laughter and exceptional food from her ex-chef partner. She loves sharing good food and wine with family and friends, stopping at any and all roadside produce stalls, and being chief cheerleader for her son and unofficial step kids.

With her son recently completing VCE at Caulfield Grammar School, Fleur has been glad to see the grassroots of cultural change that were planted during her time beginning to prosper. She is proud to see unisex uniforms, and girls’ cricket and AFL teams, now part of the School’s offering.

If she could leave her younger self with any advice it would be “to not worry if you have zero ideas about what you want to do after leaving school – it will come in time! Just put yourself in a position where you can pursue it ruthlessly and passionately when you figure it out. Be open to pathways that aren’t always on the career counsellors’ charts or that your parents think are the best. Believe in yourself and trust you have the skills to make your dream a reality”.

This philosophy is what Fleur is most thankful for in her progression to where she is today. Going into the future, she hopes to complete a PhD, and to cross-off the travel destinations on her bucket list: most prominently touring Oman and eating dinner at Noma in Denmark.

We wish Fleur all the best of luck for her continued progression and remain inspired by her abundant passion for education and the empowerment of others.

Read about one of our other foundation students, Carolynne Marks here.