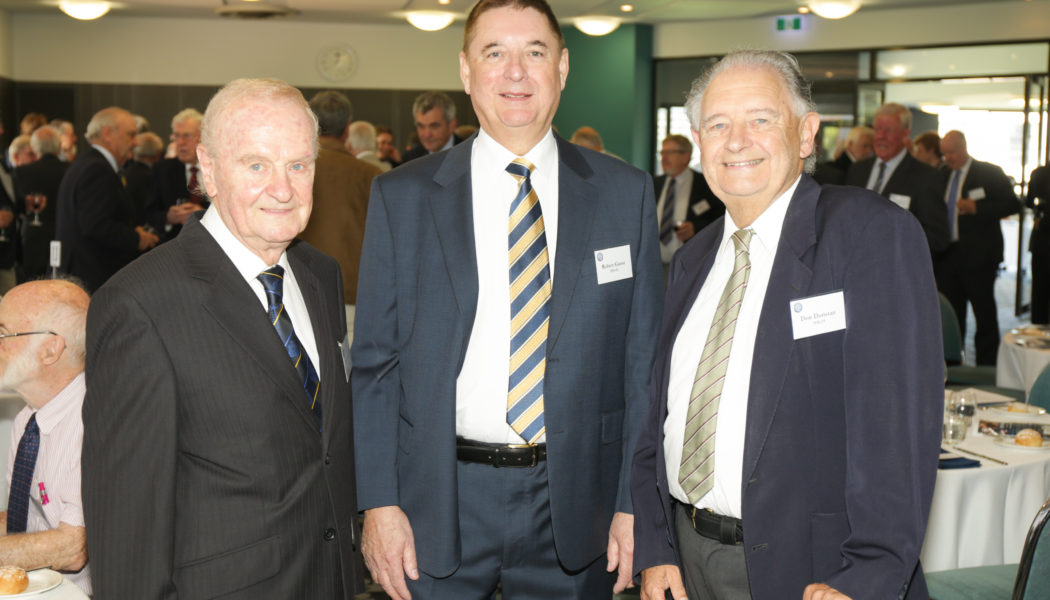 The Combined Chapter Luncheon, held on Friday 2 March in the Function Room of the Lindsay Thompson Sports and Physical Education Centre at Caulfield Campus, was an outstanding success with over 80 chapter members and guests present.

CGA Executive Director Linda Sprott welcomed everyone and handed over to Past President Jeremy Pyman who was standing in for CGA President, Chris Mathieson, who was out of Melbourne. Jeremy gave a summary of the achievements and activities of the CGA and congratulated Larry McNicol AM, Richard Marocco OAM and David Thomson OAM, on their Australia Day awards. He then introduced Head of Senior School Leandra Turner who invited the six School Committee members present (Laura Hayne, Piper Montag, Alice Nowicki, Hamish Rowland, Austin Saba and Ella Stonier-Watson) to come forward; they told us about their time at Caulfield and their plans for the years ahead.

Principal Ashleigh Martin then presented his vision for the future of the School. His commitments to restore the school’s sporting reputation and focus on scholarships were very well received. He then showed a series of slides depicting the design of an amazing swimming pool and wellness centre that is about to be constructed at Caulfield Campus.

The caterers provided a splendid lunch and there was time for those attending to catch up with their friends. Quite a few stayed on to watch the first eleven playing The Geelong College on the Alf Mills Oval in what was to be the first session of a game which resulted in an outright victory for Caulfield.

Our thanks to School Archivist Judith Gibson for setting up a splendid Archives display and for supplying the images shown on the screen during breaks in proceedings. We also thank Linda Sprott and Events & Marketing Officer Rachel Muir for their work in organising the luncheon.

The next Archer Chapter luncheon will be held on Friday 26 October 2018 in the Function Room of the Lindsay Thompson Centre at Caulfield Campus.