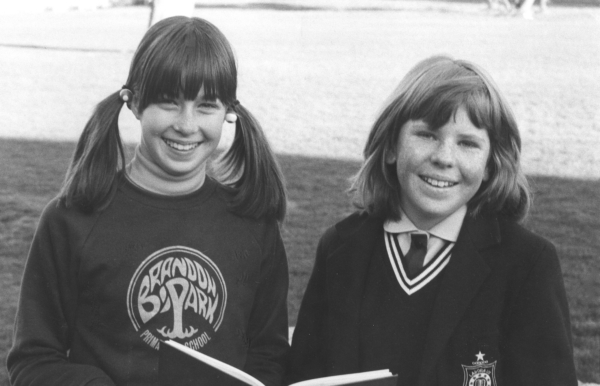 Carolynne Marks (right) was a foundation student at Caulfield Grammar’s Wheelers Hill Campus when it opened in 1981 – the centenary year of the School. In addition, Carolynne was the first female student to win a scholarship to attended the School as the establishment of the Wheelers Hill Campus also launched co-education at Caulfield Grammar School. The Caulfield and Malvern campuses remained all boys until 1993 when co-education was introduced schoolwide.

In its first year, students were enrolled in Years 3, 4, 5, 6 and 7 at Wheelers Hill. Over the next six years the campus expanded so that in 1986 there were classes from Prep to Year 12. Carolynne, and the other foundation students who commenced with her in Year 7 in 1981, were the first cohort to graduate from Wheelers Hill in 1986 and also had the unique experience of being the oldest students at the campus throughout their secondary school years. Carolynne says that this placed her group “in a very privileged position” and adds that: “As our year was very small (about 90 students) everyone knew each other and the teachers knew us very well. As we were always the oldest in the school we had many opportunities.” 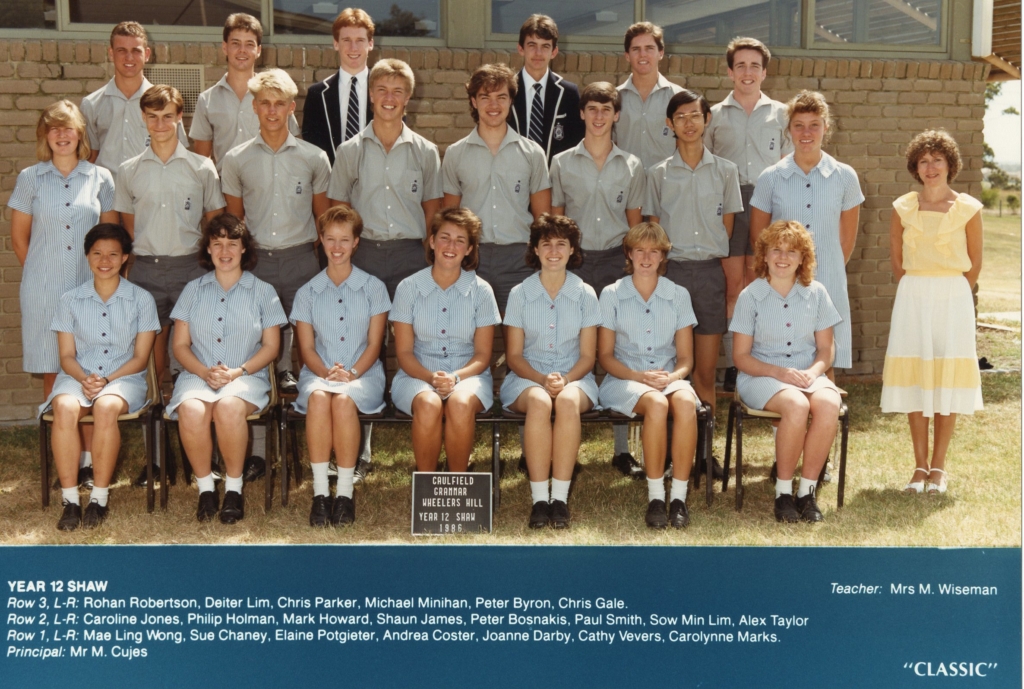 Carolynne was involved in a variety of activities during her secondary school years and enjoyed music, house activities, sport and the Duke of Edinburgh program, in particular. She was awarded prizes for Leadership at Yarra Junction and Service to the School in 1985, and the Dougie Rankin Prize for Progress in Studies and Success in Sport and the ‘Inter Alia’ Prize for student essays in ‘Labora’ in 1986. She also won a number of academic prizes and gold, silver and bronze Duke of Edinburgh awards.

9 She had studied mostly maths and science subjects in her final secondary years because, although they were not really where her interests lay, they offered the broadest opportunities at university. She also studied German, which enabled her to receive a language scholarship and travel to Germany immediately after she completed her Year 12 exams. Carolynne considers this an invaluable experience.

A career in psychiatry

Once at university, Carolynne studied medicine and then specialised in psychiatry. She has been a consultant psychiatrist for 20 years and currently works exclusively in public hospital settings. She works in a secure inpatients unit in a Melbourne hospital three days a week and spends another day at a rural outpatients location. She is also required to participate on-call. At the secure unit in Melbourne she works with Jacqui Evans (Class of 2008), who is a senior nurse. Jacqui also attended the Wheelers Hill Campus.

Carolynne finds engaging with difficult psychotic patients the most rewarding part of her job together with attending court as an expert witness. She also enjoys the opportunity to travel overseas, which she is able to do regularly. Public hospital politics, dealing with layers of middle management and working on-call are her least favoured aspects of the job. In five to ten years’ time she expects to be working less (maybe two days a week) and contemplates a move away from Melbourne, maybe to the Byron Bay Hinterland. Away from work, Carolynne enjoys gardening, watching foreign language films, buying art and travelling.

Carolynne thinks that more people should know what a great outdoor education program Caulfield Grammar has and rates her involvement at Yarra Junction as one of the highlights of her time at the School. If she could give her 17-year-old self some advice, it would be not to stress and to study some more humanities subjects, including languages and history.