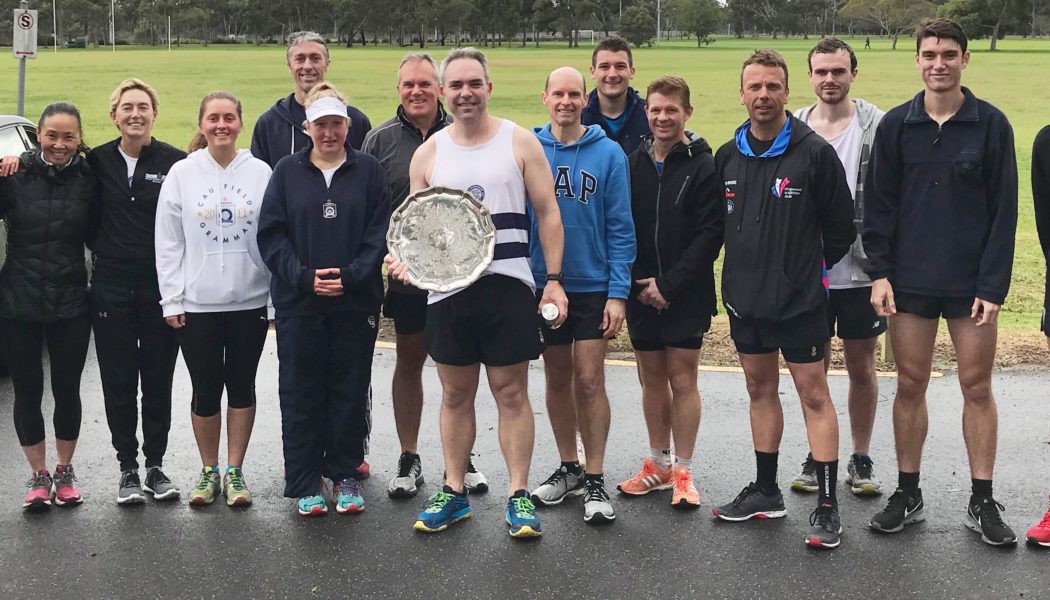 The 2018 APSOC season has drawn to a successful close for the Caulfield Grammarians’ Athletics Association (CGAA). This has been one of our most successful seasons, especially in the area of individual results. Marc Cassidy (1992) finished the season in tremendous style, winning his second handicap event for the year in the Churchill Park 12km event. Not to be outdone, Jane Davey won the women’s handicap in the Cooke-McClelland 8 km. We are also proud to report that our team dominance of the Brighton by the Sea 9km run has continued with our 2018 team (Marc Cassidy, Kieran Lewis, Daryn James and Anne Martin) taking out the team event for a third consecutive year.

The outstanding efforts of our runners were recognised at the APSOC 2018 Dinner. Mark Frater (1992) achieved outstanding success in 2018 by taking out the men’s 40+ championship as well as placing second overall in the open age championship. Anne Martin also took out the title in the women’s 50+ age category. In addition, our younger runners achieved great overall results for the season with former Caulfield Campus students Jake Malone and Tamzin Hall both placing in the top five in the under 23 championships.

Although the 2018 has closed we have already commenced planning for 2019. If you are interested in finding out more about the CGAA, please feel free to contact Club President, Sarah Somes at [email protected].