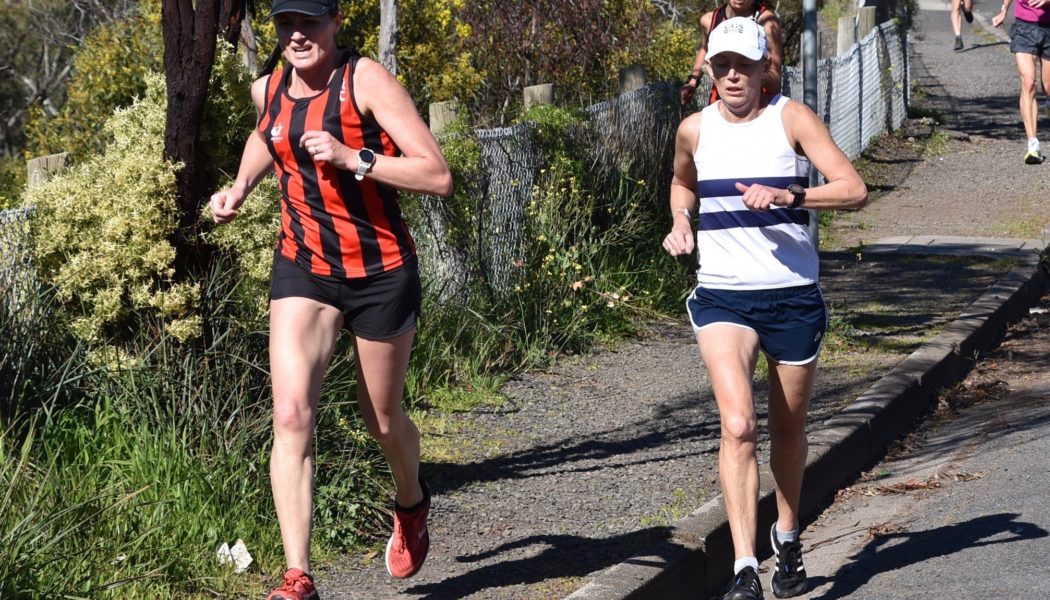 Anne Martin is a key member of the CGA Athletics club which competes in the Associated Public Schools Old Collegians Amateur Athletic Association (APSOC) competition. She has a soft spot for the Brighton by the Sea APSOC race, as the club always does well in the team event and the last kilometre of running along the soggy sand is, to her, “hilariously torturous”. 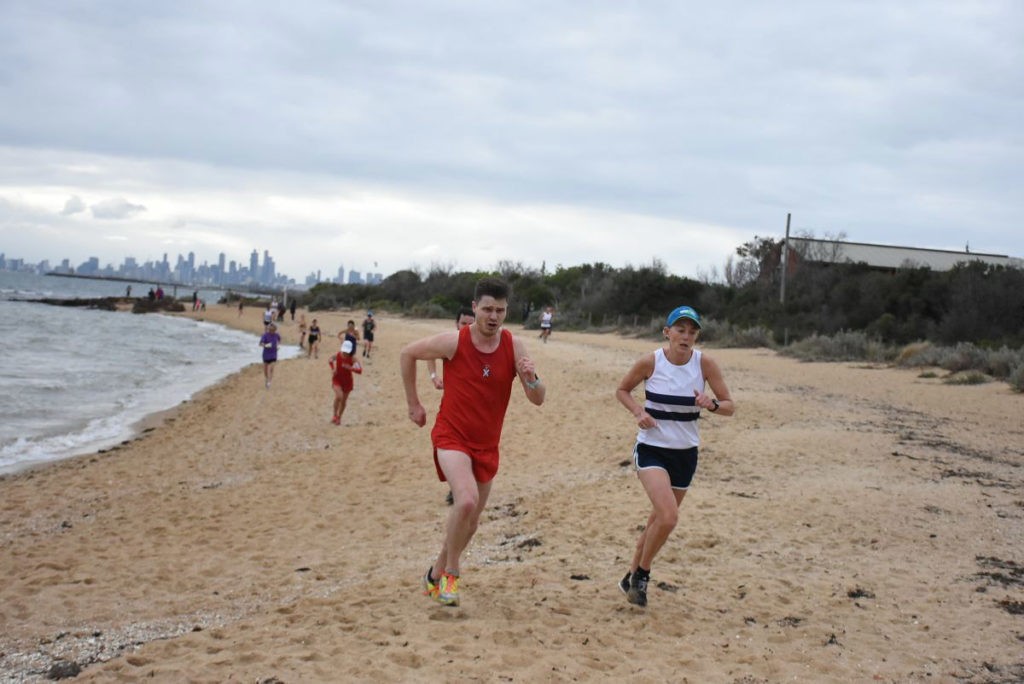 Anne loves the friendships she’s made in the team and the sense of camaraderie with people from all circles of life. She is also very passionate about increasing the number of Caulfield alumni participating in APSOC Cross Country events. Anne encourages any interested Grammarian to

Put your running shoes on and come along to an event; we are a super friendly bunch who support all levels of ability. You’ll get a CGA singlet when you sign up and the most amazing afternoon tea when you finish!

Anne strives to contribute to the supportive and fun team environment. She enjoys celebrating everyone’s personal gains no matter their skill level, and makes sure she is always at the finish line to congratulate those struggling to finish or who have beaten a previous time.

Anne’s positive outlook makes her a fantastic mentor to younger runners like her son Nicholas. Nicholas, who completed Year 12 in 2019, and was on the school cross country team, would often join the CGA Athletics club for a run in the afternoons. Naturally Anne was a great supporter of the CGS cross country team, attending the majority of their races while Nicholas was involved.

In addition to supporting school cross country Anne also loved watching the APS Swimming finals due to the incredible atmosphere and banter between the schools. She believes sports are a fantastic way for people to live their life to the fullest and break out of their comfort zones. 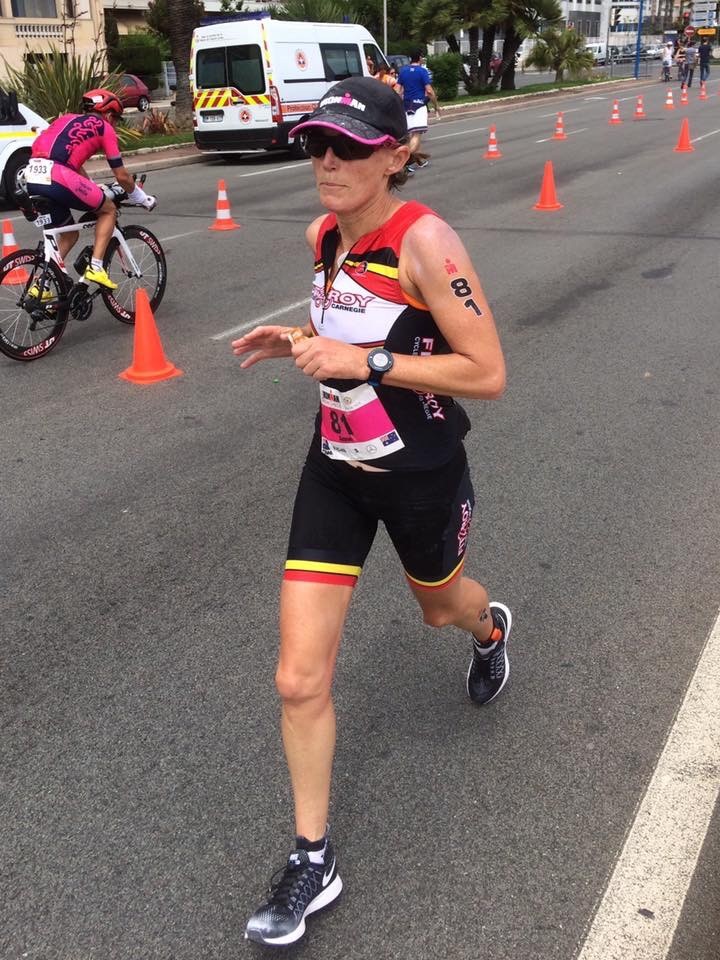 Anne’s drive and determination has led to her to competing in the Hawaii triathlon ten times. The race consists of a 3.86km swim, a 180.25km bike ride over the Hawaiian lava landscape and a 42.195km run. Just completing one is an amazing achievement! Despite Anne’s long history of running and elite training, her personal goal is always to run faster than the previous year. She knows the importance of mental strength in this pursuit and she never gives up, even when common sense sometimes says she probably should! 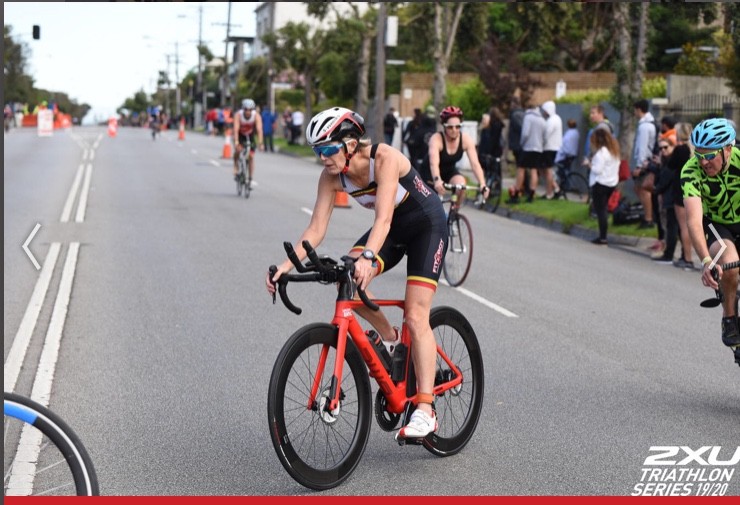 Professionally, Anne is also extensively involved in the bicycle industry and often has the opportunity to product test different bikes. She says:

Essentially I just ride my bike, which I contend is classified as ‘working’.

She loves meeting people from different backgrounds and helping them find the right bike for their purpose.

In the future Anne hopes to enjoy a work/life balance that includes riding the Victorian Alps in the Australian summer and the Swiss Alps during the winter. She wants to enjoy spending time with her dogs, Reuben and Levi, and continue running competitively as a member of the CGA Athletics club.