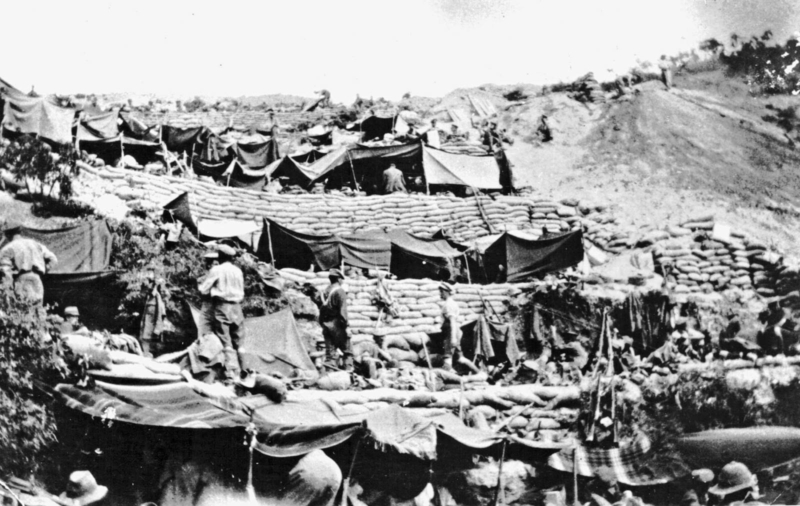 Andrew Percival Rowan was born at St Kilda on 31st of March 1876 and was one of the seven sons and three daughters of Andrew and Margaret Rowan of Brighton Road, Elsternwick entered the school in 1889 as a thirteen-year-old day scholar and remained for some years. It appears that he also attended Queen’s College, St Kilda, (founded in 1878), as the following newspaper report in a Melbourne newspaper of 1902 outlined.

(Photo of the Warriors’ Trophy). ‘The above is from a photograph of the ‘Warriors Trophy’, presented to the Queen’s College, St Kilda by seven old boys who are fighting for King and Empire in South Africa. There are some twenty-five old Queen’s boys to the front in the Boer war and seven of them – some of whom have left school over twelve years ago – happened to meet at Dundee in Natal, decided to present this trophy for competition at the sports meeting held in November last of 1901. The names of the donors are Lieutenant A P Rowan, (and six others). The shield is in a solid silver mounted on a fine piece of blackwood. The trophy was designed and executed by Gaunt and Co. of Bourke Street. It will be kept at the school and the winner each year will have his name engraved on one of the buttons and will be presented by the headmaster (Mr Robert S Bradley) with a silver medal to commemorate the victory.’[1]

The 1889 CGS Speech Night program shows that Percy Rowan won the Form II prizes for Bible, Reading and Recitation, Grammar and Geography prizes. He continued that good academic progress the following year when he was awarded the Form III Conduct prize. He was a member of the cadet unit and in 1890 he won the Trophy for Rifle Shooting, ironically a school prize donated by his mother.

His year of leaving CGS is unknown, but he was engaged as a clerk in St Kilda when he enlisted as a 25-year-old private (76) in A Company of the Right Wing of the 5th Victorian Mounted Rifles (VMR) on 2nd February 1901. Standing 6’ 3/4” he embarked for South Africa from Melbourne on the Orient on 15th February 1901. Also serving with the 5th VMR were fellow Caulfield Grammarians, Ormonde Birch, Harry Cattanach, Ronald McPherson and a classmate Charles Thomas. Having seen service for his mandatory period of enlistment Rowan returned to Victoria on board the Custodian on 26th April 1902. Following the actions and engagements of the 5th VMR, Percy was entitled to the QSA and five clasps for service in Cape Colony, Orange Free State, Transvaal, South Africa 1901 and South Africa 1902.

He joined the militia and served with the Australian Field Artillery in Victoria from 1902 – 1906, being promoted to the rank of Lieutenant in July 1903 and was placed on the reserve list in 1910. He took up farming near Talleyrand near Longreach in Queensland, but then relocated to West Australia with his brother to pursue grazing and farming activities in the area around Nungarin, some 280km east of Perth. Percy was recognised as having a splendid physique, was uniformly courteous and possessed a broad-minded manner. He took a keen interest in his local farming community and was a member of the Farmers and Settlers Association.

When war was declared he secured his commission in October 1914 as a Lieutenant in the 10th Light Horse, a West Australian regiment and embarked for the Middle East on the Mashobra on 8th February 1915. He was posted to Gallipoli on 16th May 1915 and was wounded in action when received a gunshot wound to the neck two weeks later. On his recovery Percy was appointed to the rank of Temporary Captain on 1st August 1915. Five days later the British planned to land further north at Suvla Bay and the AIF provided supporting attacks elsewhere on Gallipoli. On this afternoon the Australians attacked and occupied the Turkish front lines at Lone Pine against determined Turkish counterattacks. Caulfield Grammarian Pte. Kenneth Roy BROWN (11th Bn) was killed on 6th August. To further support the fighting at Lone Pine, an attack was planned along a narrow ridge known as The Nek. On this morning 7th August four waves of Australians were cut down before they reached the enemy line. The Australian official historian referring to these Light Horseman, (LH) later wrote,

‘A failure to synchronise watches meant that the Allied bombardment stopped seven minutes before the advance at 4.30am. As a result, the first line of 150 men from the 8th LH was swept away by Turkish fire almost as it rose up. No one in the line had not been knocked to the ground before advancing a mere 10 yards in front of the trench. The second line, also from the 8th LH and the third line from the 10th LH were fully aware that they were almost certainly going to their deaths, but they did not hesitate. Their valour was not enough, and they were also cut down in the same manner as the first line. In the course of an hour 650 men and officers out of a force of 800 were killed or wounded. The flower of the youth of Victoria and Western Australia fell in that attempt.’

The Official History describes the circumstances of Rowan’s death at The Nek. Rowan was in the Fourth line and a halt had been called to the futile charges whilst further orders were sought, but;

‘…the impression was somehow created that the charge had been ordered. The troops on the right at once leapt out and instantly there burst forth the same (Turkish) tempest of machine gun fire. The nearest NCO’s looked at Captain Rowan their troop leader, who signed to them to go, at the same time rising himself and waving his hand, only to fall back dead from the parapet. His troop sergeant Sanderson, repeated the signal and the men in the centre sprang out.’[2]

These charges were later immortalized in the 1981 film ‘Gallipoli.’ 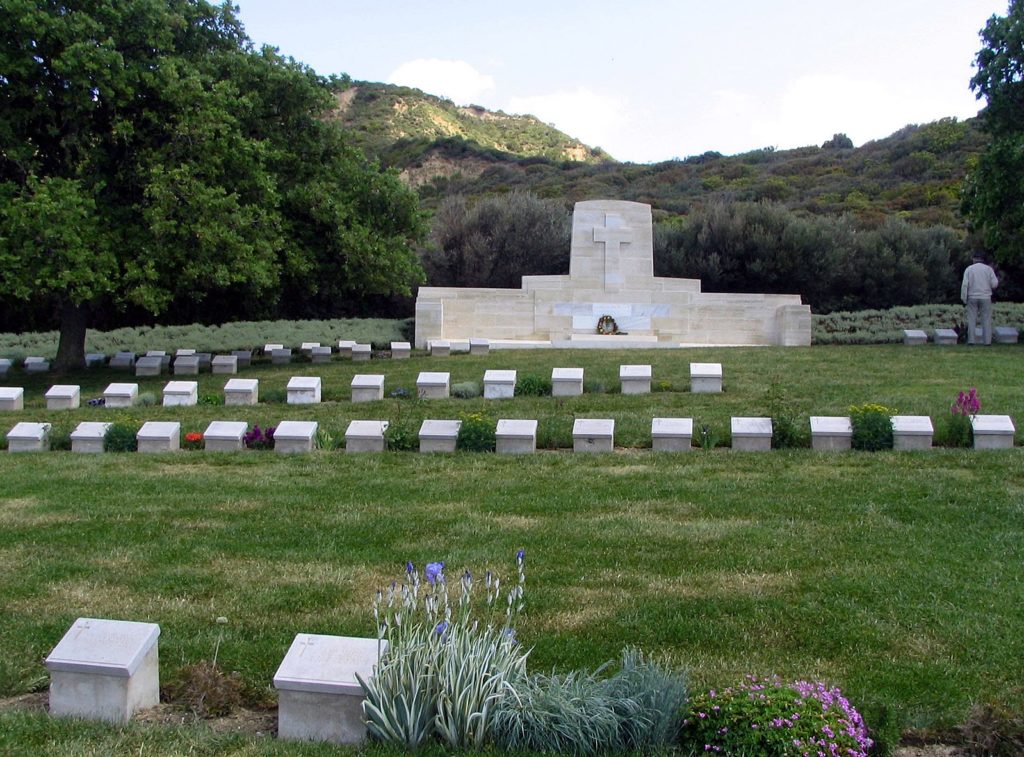 Photo by Winstonza on Wikimedia Commons.

‘The deceased officer, who was 39 years of age, was well and favourably known in Melbourne, being of magnificent physique, and of sterling qualities.’[3]

Finally, a newspaper from Queensland where he had previously farmed noted that.

‘Lieutenant Rowan, who was killed in action recently at the Dardanelles, was a brother of Mr J B Rowan of Talleyrand and Tandilla. The late Lt Rowan was only 39 years of age and he was well known out here having resided on Tallyrand on several occasions since the conclusion of the Boer War, through which he went without receiving a scratch. He received his Lieutenant’s commission in South Africa. He went to the Dardanelles from West Australia and was twice wounded and the third time he was shot dead.’[4]