A Night of Firsts - The Caulfield Grammarians' Association 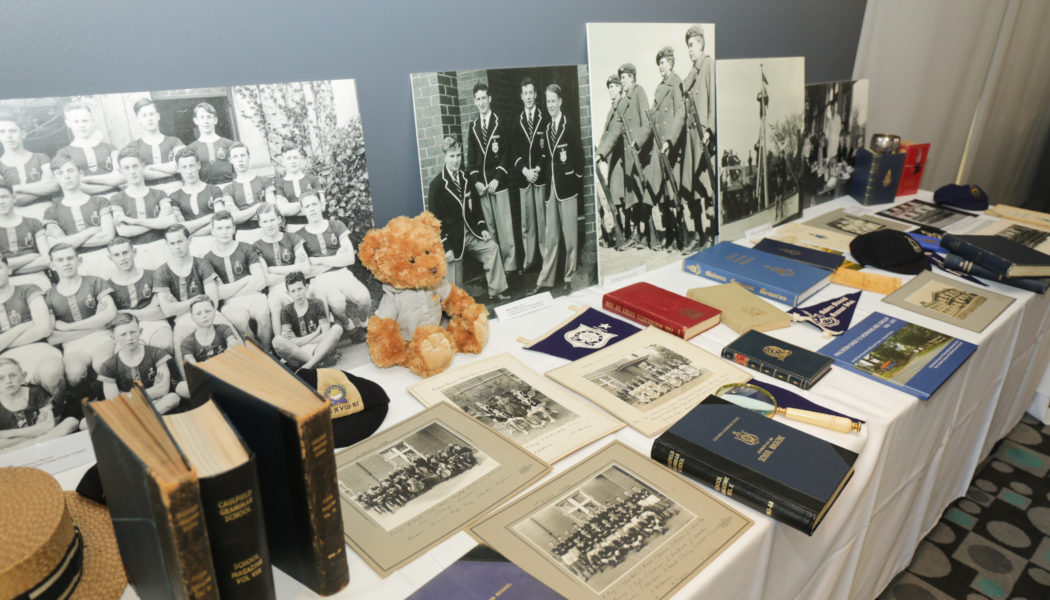 A box of papers was recently delivered to the Archives Centre. There was one small item of particular interest which marked a very important event in the history of Caulfield Grammar School. It was a menu card for the Caulfield Grammarians’ Association dinner, held at the Esplanade Hotel in St Kilda on Thursday 30th April, 1931.

This was a particularly significant dinner because it was the first held after the school became a company just ten days earlier. One of the first members of the School Council, Mr Richard Ballard, was present. Mr Frank Archer, soon to be the first Headmaster to operate under the newly formed Council, was there along with Mr Walter Buntine, the Principal.

Also, in attendance was Dr J.C.V. Behan (1894-95), Victoria’s first Rhodes Scholar, and a member of the School Council from its inception until 1938. 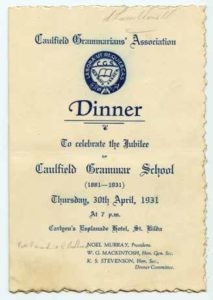 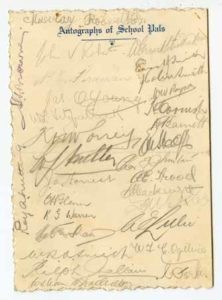 There are 51 signatures of past students and staff on the menu card. R.W. McCulloch (Staff 1908-59) and Arnold Buntine (Staff 1922-23) were among the diners but possibly the most interesting signature is that of Alfred Carlton who was one of the twelve boys who was in the former lolly shop at the corner of Selwyn Street and Glen Huntly Road on the very first day of the school’s existence, 25 April, 1881.

At the dinner, Mr Len Lloyd (1897-1900), Deputy President of the CGA, proposed the toast to the school and the response was delivered by the Principal.

Guests were treated to an eight-course banquet to celebrate the school’s 50th anniversary which marked a new era in its development. They would be truly amazed to see the school as it is today, just thirteen years short of its 150th anniversary.