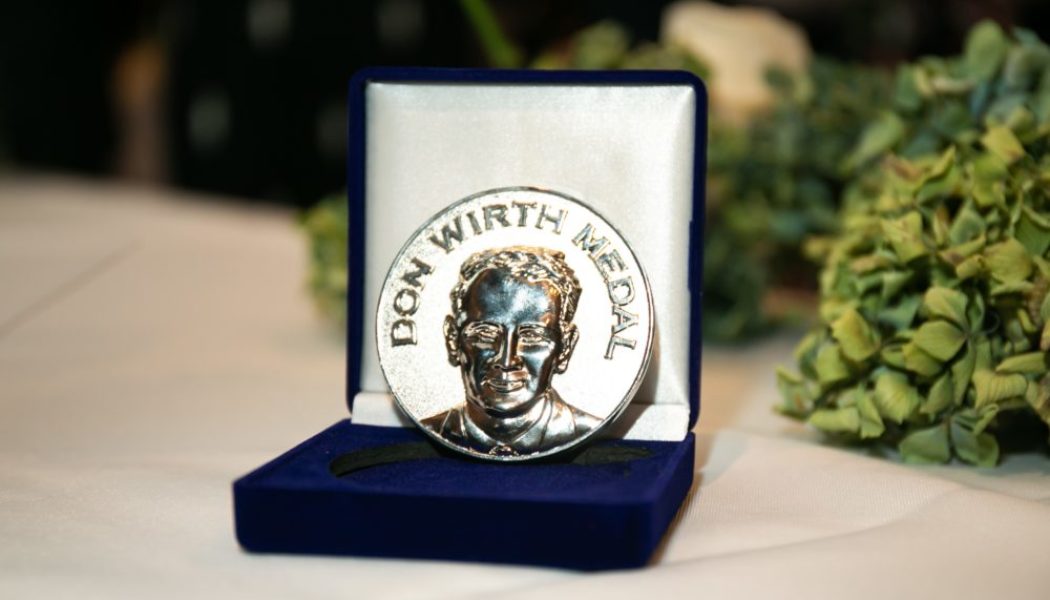 The CGA would like to congratulate our 2019 Don Wirth Medal winners, Michael Dakic, David Gregor, Chris Mathieson and Warwick Watson, for their outstanding service and support. 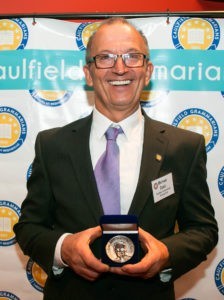 Michael Dakic has been an outstanding contributor to the culture and success of the Caulfield Grammarians Rowing Club (CGRC). Mike commenced his association with Caulfield Grammar in 1992 when the first of his five children attended Wheelers Hill campus. Mike joined the newly formed Rowing Club in 1994, after his son started rowing for Caulfield Grammar.Â As a founding member of the Rowing Club, Mike then took on the challenge of learning how to row.

Mike became a committee member in 1995 and was appointed club boat man in 1999 — a position he held for the next 15 years. Mike’s rowing career blossomed, and he went on to successfully represent Caulfield at many rowing regattas. Mike was awarded Male Masters Rower of the Year in 2014 and 2015.

In fact, Mike tells a great story of the club’s participation at the World Masters Games in Ballarat back in 2002. Judged by their coach as the “worst crew ever” Mike’s mixed eight went on to win gold. Mike retells this story to recruits as an example of how determination and commitment can win the day.

Mike also contributed a lot to charity, arranging for the Club to attend the Royal Flying Doctor Service 80 km rowathon in Mildura for nine straight years.

Overall, Mike’s philosophy is that involvement in the rowing club is not just about competition. He strongly believes that the success of the Club lies in supporting everyone to enjoy their rowing. 25 years after joining the Rowing Club, Mike still supports the club. Mike is always available to provide advice, fix a boat, coach a crew member, tow a boat or contribute to a discussion about developing the club further.

Mike’s legacy is a strong, united, friendly, energetic, and enthusiastic Club which is proud of its role as ambassadors for the Caulfield Grammar name. Mike was also made an honorary life member of the Rowing Club in 2004. Mike joins Robyn Varney as the second Don Wirth Medallist from rowing. 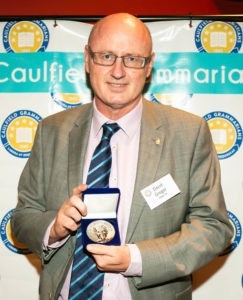 David has been an integral part of the fabric of the Caulfield Grammarians Football Club, on and off the field, for more than 25 years. Most recently, this has been a significant contribution as Team Manager of the Under 19 programme and CGFC club secretary. David has been instrumental in the enhanced relationship between the School and the Club, working with the School football team to ensure the Club’s ongoing participation in the ASH Cup, the annual contest of CGFC’s Under 19’s and School First XVIII.

David played more than 150 games for CGFC between 1979 and 1991. He is a Life Member of the Club and has served on the CGFC Committee as a member and Secretary for more than a decade. David works tirelessly around the club, represents CGFC at countless VAFA functions and deals with all the issues that are the domain of the Secretary.

Without people like David, the Football club would not have achieved the success it has, and this includes two Under 19 Premierships in 2015 and 2016. David’s contribution to the football club and the CGA has been enduring, valuable and enormously appreciated. 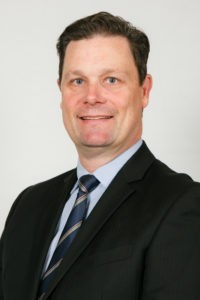 In 2017 the CGA embarked on an ambitious re-branding program that was subsequently endorsed at the CGA Annual General Meeting in May 2018. This resulted in the adoption of a new logo, the creation of a new website and communication strategy, and the production of a new suite of CGA-branded assets and merchandise. In Chris’ role as Senior Vice President and President, he also served as a CGA representative on School Council from 2014 to 2018.

Chris has made a signification contribution to the Caulfield Grammarians’ Football Club, firstly as a player and then as a coach. He coached the Club’s Under 19 team for several years, which included a premiership in 2001, and also served as Assistant Coach and coach of the Reserves team.

When the Caulfield Grammarians’ Cricket Club was unable to field a team in the 2006/07 season, Chris joined with Grant Poulter and Matthew Scholten to revive the club. A team was fielded in the 2007/08 season and since then the club has prospered for the next 12 years, including entering into a successful amalgamation agreement with North Caulfield Glenhuntly Cricket Club in 2011. The club now fields three teams in two competitions and is firmly established as the resident summer club at Glen Huntly Park — which is also the Football Club’s home ground in the winter.

Chris who has been an outstanding servant of the CGA was presented with his medal at the 2019 AGM. 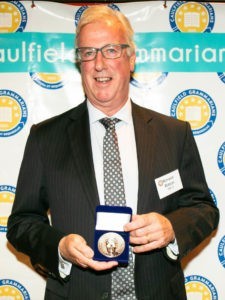 Warwick played 206 games between 1973 and 1987, and post his playing days was involved in the administration of the Club for more than 12 years, and took on and delivered the onerous task of compiling and cataloguing much of the history now displayed on the Club’s website. Warwick’s highlights include:

More recently as Club President he was a tireless worker covering all aspects of the Club including sponsorship, membership, game day luncheons, bar management, VAFA liaison and the profile of CGFC, connection with the Caulfield Grammar football program, history on the website as mentioned and the financial consolidation of the Club. He was also instrumental in overseeing the construction and financial fund raising for the new electronic scoreboard project at Glenhuntly Park.

He also played cricket for Caulfield Grammarians Cricket Club in the MCC Club XI competition from 1977 to 1978 and was a member of the CGA Committee in 1973 as the school leavers’ representative.

For a contribution spanning half a lifetime, Warwick is another well-deserved Don Wirth Medallist.