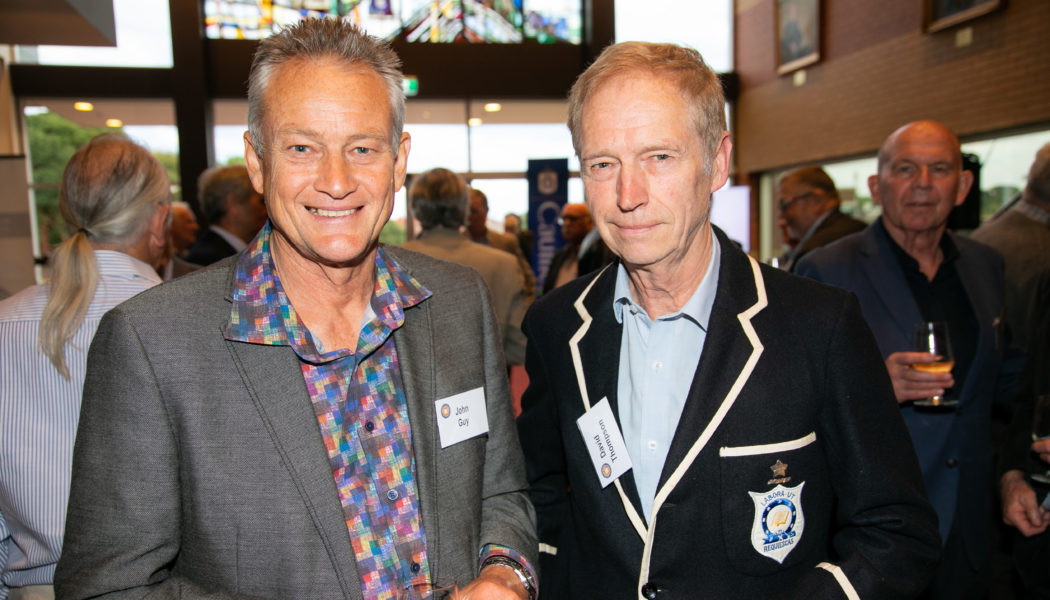 On Friday 25 October, nearly 50 members of the Class of 1969 gathered in The Cripps Centre at Caulfield Campus (on the site of the old Memorial Hall) to reminisce about the 50 or more years that have passed since they left school.

Some of those who attended travelled from country Victoria or interstate, and one (Peter Cox) timed a trip from the UK so that it would coincide with the reunion. For some it was the first time for many years that they had been back at the school. In addition, a number of apologies were received from class members who would have liked to attend but couldn’t for various reasons. All in attendance were pleased to see special guest, past staff member and Head of Kurrle House in 1969, Jock Nelson.

The evening began with an optional tour of the school, including many of the ‘old haunts’ familiar to anyone who attended CGS in the 1960s. This was led by past student and past staff member David Williams whose brother Allen is a member of the Class of 1969. The tour concluded with a trip through the Boarding House in the company of the current Head of Boarding Tim Gallop.

After some brief formalities, including some words from CGA President Andrew Aitken and Principal Ashleigh Martin, most of the night was spent swapping stories about schooldays and catching up on news regarding post-school careers and activities.  There was also plenty of interest in the wonderful display of photographs and other memorabilia from CGS in the 1960s put together by School Archivist Judith Gibson.